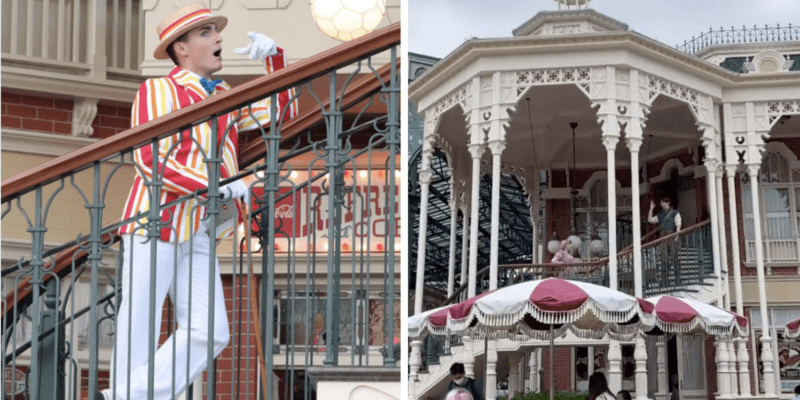 When Disney theme parks around the world reopened following their temporary COVID-19 closure, one of the biggest changes was how Guests could interact with beloved Disney Parks characters.

Around the world — from Shanghai Disneyland to Disneyland Paris to Walt Disney World Resort in Florida — there was no more hugging Mickey and Minnie and no more face character interactions at all in most cases.

Face characters, as many Disney Park goers know, are those who resemble human beings such as the Disney Princesses, Princes, and characters from live-action films like Mary Poppins.

Now, however, Tokyo Disneyland Guests have noticed that some face characters have returned to the parks — Mary Poppins, Bert, Princess Rapunzel, and Flynn Rider have all been spotted at Japan’s only Disney theme park!

Instagram user @cocoa___alice also captured these amazing shots of Mary and Bert in the park as well.

There have been a few other face character appearances at Disney Parks recently, including various Princesses at Disney World. This is exciting news for those who are hoping to see more and more experiences return to Disney theme parks everywhere.

It is important to note that The Walt Disney Company is still keeping Guests’ and Cast Members’ safety in mind first and foremost, even as suspended experiences begin to return. All Disney properties are currently still operating at limited capacity with required face masks and temperature checks for all Guests.

Tokyo Disney Resort, home to Tokyo Disneyland — including the brand new Fantasyland expansion — and Tokyo DisneySea, has this health and safety notice posted on their official website:

We will implement health and safety measures based on the following three points:

If you are interested in visiting any Disney theme park in the world, let the experts at Academy Travel help you get there! They will plan every magical detail of your next vacation at no additional charge. Contact them today!

Comments Off on Photos: Face Characters Return to Tokyo Disneyland!