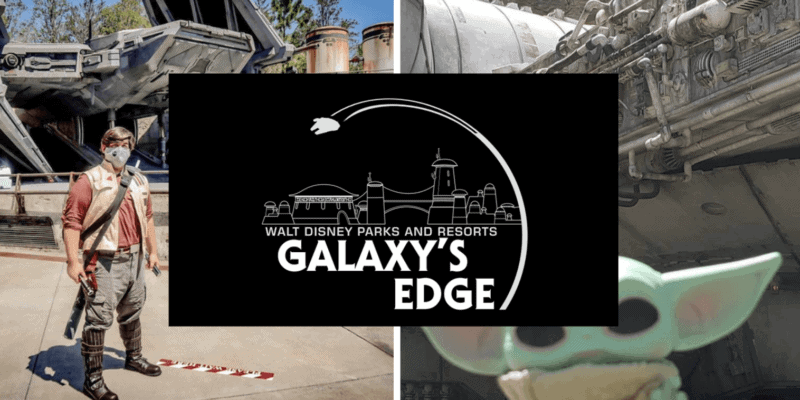 Cast Members who got reservations for DHS today have gotten the chance to witness how character interactions within Galaxy’s Edge have changed since before the closure. Previously, Guests who visited Batuu could closely interact with Star Wars characters like Rey, Chewbacca, and Kylo Ren, often near the 100-foot replica of the Millennium Falcon.

Batuu, can you handle this? I don’t think y’all can handle this! ITS GOOD TO BE HOME! ?: @ohanameansfamily07 #starwars #stormtroopers #kyloren #batuu #galaxysedge #hollywoodstudios #waltdisneyworld #wdw #disney

Cast Members have taken to social media to share photos about Galaxy’s Edge character interactions during the phased reopening. In the above post, Instagram user @nhaile_disneylife posted an image of a masked Kylo Ren with two Stormtroopers and the caption:

Batuu, can you handle this? I don’t think y’all can handle this! ITS GOOD TO BE HOME!

This is a very good example of how Galaxy’s Edge Guests will also need to take pictures with characters right now, as evidenced in @solo_photographer’s post.

If you’re hoping to visit the Hollywood Studios park after reopening, make sure you use the Disney Park Pass system to make a reservation. Largely due to Galaxy’s Edge and the Rise of the Resistance attraction, reservations for DHS have been especially popular.

What do you think about the new character interactions at Galaxy’s Edge? Do you agree with all of Disney’s health and safety precautions to keep Guests and Cast Members safe?

If you need assistance with your next Walt Disney World theme park vacation, contact our friends at Academy Travel for a free quote and to book your trip. They will work with you to make sure all of your out-of-this-world Disney dreams come true, especially with Disney‘s recent changes to dining at Oga’s Cantina and the Rise of the Resistance virtual queue system at Star Wars Galaxy‘s Edge.

Comments Off on PHOTOS: New Normal for Character Interactions at Galaxy’s Edge