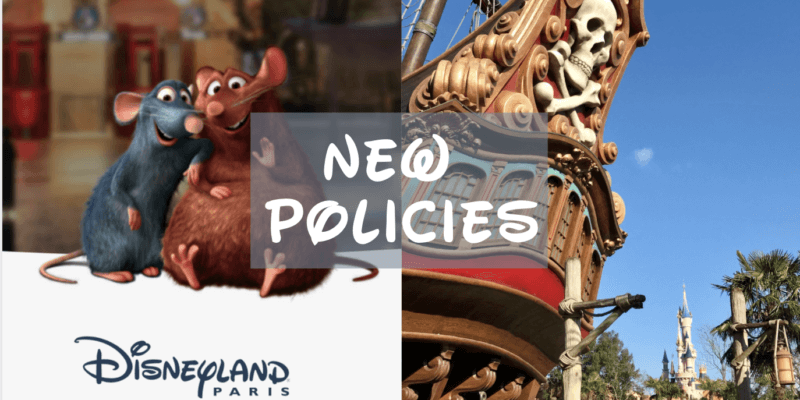 Ahead of Disney park’s reopening in France, the Disneyland Paris website has been updated to reflect new park rules and policies. Answers to some common questions about your next visit to DLP can be found below.

Are character meet and greets canceled?

As in all other Disney Parks around the world, traditional character meet and greets will be temporarily unavailable when Disneyland Paris reopens. Children’s playgrounds and all makeover experiences, such as the Princess For a Day makeover, will also be closed for the time being.

The Disney theme park’s official website, however, indicates that new selfie stations and surprise appearances have been added around DLP:

“During the initial reopening phase, many Disney, Pixar, Star Wars Characters or Marvel Super Heroes will appear in the Parks and offer guests memorable photo opportunities. From unexpected appearances to new Selfie Spots, there’s never been a better time to see beloved Characters. Close interactions, including hugs, will be temporarily suspended.”

Will social distancing be enforced?

“In line with guidance from French government and health authorities, physical distancing will be implemented throughout the resort in queues, ride vehicles, shops, hotels, restaurants and other facilities, and signage will be displayed as a reminder.”

Will FASTPASS be available?

Disney Parks officials have temporarily suspended FASTPASS and Disney MaxPass services globally, including at Disneyland Paris. DLP’s website also states that the single-rider option will be unavailable for all attractions when its phased reopening begins.

Will sit-down dining be available?

Disneyland Paris has altered its various onsite dining experiences to comply with the Walt Disney Company’s new rules and regulations for theme park dining establishments around the world.

Restaurants seating capacity will be reduced, while a new Take-Away offer will allow guests to enjoy eating in the many outdoors locations available in both parks. Buffet restaurants will change to a new all-you-can-eat table service offer. Booking is highly recommended for all table service restaurants.

The brand new Disneyland Paris takeaway option is likely to be similar to Mobile Ordering at Disney World and Disneyland in the United States.

Will shows and fireworks be allowed?

Disneyland Paris has announced that the daily Disney Stars on Parade event and Illuminations, the nighttime fireworks spectacular over Sleeping Beauty Castle, will not be available currently.

There is, however, information about when some other shows may be allowed to reopen for Guests to enjoy. The Disneyland Paris website specifically states that:

“The Lion King: Rhythms of the Pride Lands top-rated show will reopen during summer 2020, and theaters will adopt a new seating configuration to promote physical distancing. Guests can check the availability of attractions and entertainment through the resort’s official website and app.”

How do I use the reservation system?

Disneyland Paris, like Shanghai Disneyland, Hong Kong Disneyland, Walt Disney World, and Disneyland Resort have all announced that they will employ a Guest reservation system in order to limit crowds. The official DLP website states:

“From July onwards, if you are in possession of a non-dated ticket (Mini, Magic, Super Magic Tickets) or an Annual Pass, we strongly recommend that you register on our online platform in order to guarantee entry to Disneyland Paris on the date of your choice (subject to availability). If you purchase a Ticket or Annual Pass from now on, registration will be mandatory (see Terms & Conditions).

If you are staying in a Disney Hotel or Disney Nature Resort as part of a Ticket + Hotel package, or via a Partner Hotel package bought from Disneyland Paris, or if you have a Ticket for a specific date, you do not need to register. Your entry to the Park is guaranteed.”

What do you think about the new policies at Disneyland Paris during the phased reopening period? Are you planning to visit Europe’s Disneyland Resort in 2020 with these health and safety measures in-place?