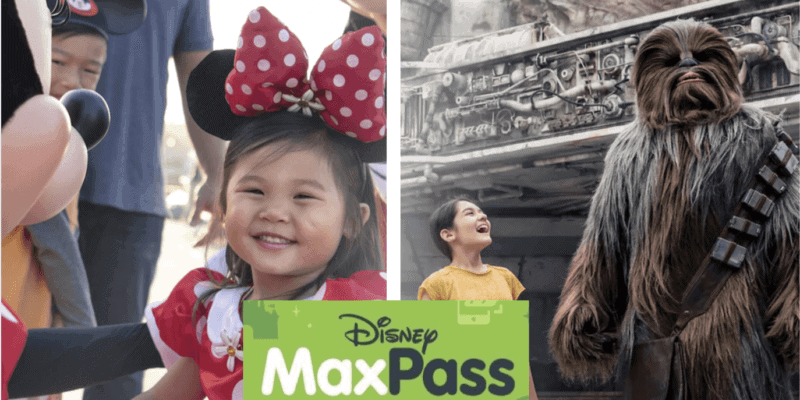 With FastPass+ indefinitely suspended as part of Disney World’s phased reopening plan, there are many questions about how MaxPass will look when Disneyland reopens on July 17.

Here, we’ll take a look at how MaxPass could be affected.

What are the benefits of Disneyland MaxPass?

In addition to allowing DLR visitors to obtain FASTPASSES for various attractions and events, such as Fantasmic! and World of Color at Disney California Adventure Park, Disney MaxPass allows Guests to access unlimited PhotoPass downloads from their vacations.

Disneyland Annual Passholders experience even more benefits when they add MaxPass to their Disney passport.

How could MaxPass be impacted upon reopening?

As previously stated, Disney World Guests will not be able to use the WDW FastPass+ feature when the Florida resort initially reopens.

Although Disney theme park executives have not yet announced any official changes to MaxPass, it is likely that Disneyland Park and California Adventure will follow suit and the FASTPASS feature will not be available for the time being.

MaxPass PhotoPass access, however, is likely to still be available to Guests who pay for the MaxPass feature. It was recently announced that Disney Parks Cast Members will no longer be able to hold Guests’ phones to take photos, so PhotoPass will be the only option for those who want family photographs from their upcoming Disney theme park vacations.

Disneyland Annual Passholders are wondering if they will receive a refund if they’ve added Disney MaxPass to their passports.

One big question that Disney has not yet answered is if Disneyland Resort APs would receive the full $125 MaxPass charge back or if they would only receive a partial refund due to the Disney PhotoPass feature not being suspended.

Inside the Magic will continue to bring you the latest news about Disneyland MaxPass as Walt Disney Company officials share Disney California reopening details.

If you have questions regarding an existing Disneyland ticket, FASTPASS reservation information, or a previously booked Disneyland vacation, contact Disneyland Resort at (714) 781-4636.

What do you think Disneyland MaxPass reopening changes will be? Tell us your thoughts in the comments!

Comments Off on How Could Disneyland’s MaxPass Feature Look Upon Reopening?