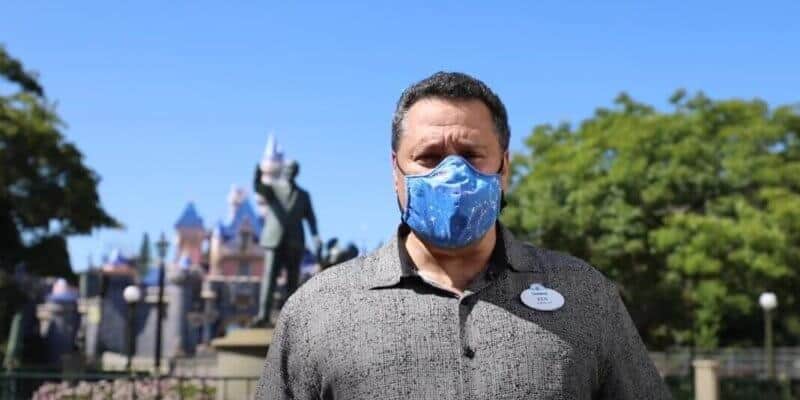 On Mental Health and Unemployment

Potrock talked extensively about Disney’s belief that effects of the coronavirus outbreak are made worse by unemployment and anxiety related to income. He stated:

“I think one of the things I wanted to take a moment to talk about is about how this is being addressed from a state of administration level.

[The] pandemic is a much broader health crisis when unemployment becomes a factor — state continues to not weighed this as strongly as we believe it should be weighed.”

Potrock stated that suicide rates and other factors should be taken into consideration when the state considers the overall impact of unemployment.

Potrock did acknowledge that Disney and California are aligned in wanting to safely reopen. They simply have different ideas of how to go about doing this.

While the state is focused on what Potrock called a “one-dimensional health approach” that focuses almost exclusively on coronavirus cases per 100,000 residents in a county, Disney believes they have already proven they can reopen safely, regardless of case numbers.

Walt Disney World Resort in Florida is an excellent example of this — the state had surging COVID-19 cases even after Disney World’s four theme parks were allowed to reopen, yet health officials maintain not a single case of the virus has been tied to the property.

Unions Are Ready and Trust Disney

“Our unions, which are typically very boisterous” feel safe and prepared for Disneyland Park and Disney California Adventure Park to reopen.

He also stated that Disney absolutely does “believe in science” and “looking at case numbers,” but they think there is a responsible way to reopen in Tier 3 — the “moderate” orange tier. This is in-line with what Orange County health officials have already stated.

Potrock concluded his thoughts about working with the state saying:

“We’re just not aligned in what I call a collaborative and balanced approach that is driven by science and data.”

“We’re strongly advocating for science” and a “real-time” approach.

What are your thoughts on Disneyland’s ongoing reaction to California’s new theme park reopening guidelines?

Comments Off on Disneyland Pres. Says Park is ‘Advocating For Science,’ ‘Collaboration’