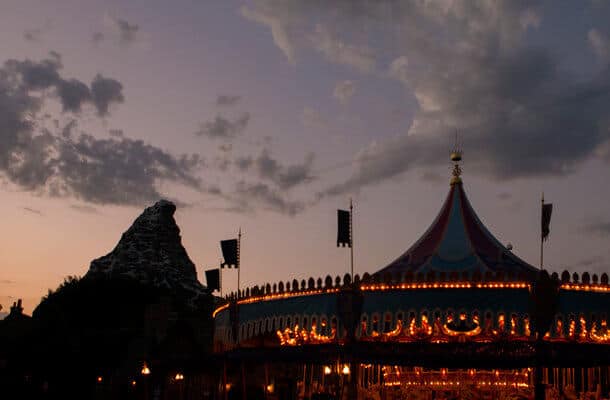 After waiting for months for California Governor Gavin Newsom to release theme park reopening guidelines, Disneyland fans and Annual Passholders — myself included — can still do nothing but continue to practice patience.

When the Governor’s office finally did share their finalized plan for reopening California theme parks, it was news that the theme park industry did not want to hear. Disneyland Resort and other large theme parks must wait to “tell the guard to open up the gates” until their counties reach the COVID-19 “minimal” yellow tier in California’s phased reopening plan. Even then, they are only allowed to operate at 25% capacity — which, compared to Walt Disney World, shouldn’t come as a shock.

The Walt Disney Company’s battle to reopen Disneyland Park and Disney California Adventure Park in Anaheim has been well-documented, but reopening is really just the start of the fight to help Disneyland Resort return to what it was before the coronavirus pandemic. Here, we take a closer look.

What could hinder Disneyland?

There are several factors that could make things tough for Disneyland Resort once it is finally allowed to reopen. As an OC Register report recently pointed out:

…the economy still needs to recover so that millions of fans can once again afford to pay for theme park visits. It’s hard to imagine that buying or renewing a theme park pass will be a top priority for families that have suffered layoffs, big medical bills or missed rent or mortgage payments since the pandemic began. Even for fans who return, how many will be spending freely on souvenir popcorn buckets, spirit jerseys and $200 custom-built lightsabers, as many were doing at this time last year?

The economic impact that theme park closures — specifically the closure of Disneyland, which typically draws upwards of 25 million visitors a year — have had on Southern California’s economy is immense.

With Orange County, where Anaheim is located, at 12% unemployment (and many of those lost jobs tied to the tourism industry) it is unlikely that people will immediately have the disposable income to visit Disneyland and Disney California Adventure like they once did.

Over time, the economy is almost certain to bounce back, but it could pose a problem for Disneyland in the theme parks’ early days of reopening. The resort relies more heavily on locals than Walt Disney World Resort does, so the area’s economic struggles are likely to have a major impact.

Furthermore, the simple fact that the pandemic isn’t over could hinder Disneyland at first. If people are apprehensive about being in large crowds, they may opt to avoid theme parks for a period of time even after they are allowed to reopen under California’s strict guidelines with a limited capacity.

This will, of course, be a family-by-family decision, but it could certainly play a role in how the park operates, specifically, once more, in the early days of its reopening.

As OC Register’s article pointed out:

Post-trauma stress is real, and we simply do not know yet how the stress of this pandemic will affect people in the near and long term. Maybe theme parks will look like a more attractive entertainment option when compared with movie theaters and concerts. But many theme park fans might take a long while to become comfortable with visiting parks again. It’s just too early to know.

What is the good news?

Even with valid concerns that Disneyland Resort could be facing an uphill battle when its two theme parks are able to reopen, there is good news for fans of Walt Disney’s original park.

For once thing, Disney World’s reopening has been highly successful on almost all counts. This bodes well for Disneyland — it shows that the desire to visit Disney’s theme park properties in the United States is still alive and well.

Furthermore, Downtown Disney’s phased reopening began over the summer and Guests have flocked to the outdoor shopping and dining district on more than one occasion.

Finally, with the recent opening of the Backlot Premiere Shop and the announcement that Disney California Adventure’s Buena Vista Street will reopen for the holiday season, Disneyland officials are giving hope to Guests that the magic hasn’t gone anywhere in the nearly eight months since the temporary closure began.

Only time will tell if Disneyland Resort faces additional struggles once it wins the battle to reopen, but we think there’s a good chance Disneyland fans will embrace the magic and return to the parks quickly. What are your thoughts?