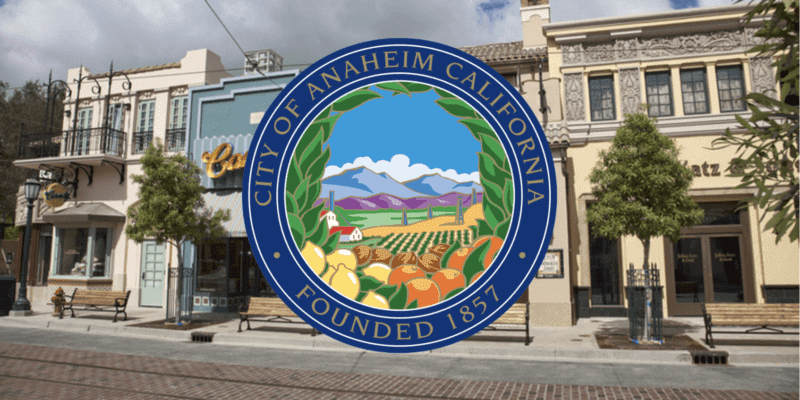 The news that Disneyland California Adventure Park’s Buena Vista Street will be reopening for shopping and dining this holiday season could not have come at a better time for the city of Anaheim, California.

The city — which relies on Disneyland Resort tourism for a large portion of its income — has been struggling amid the coronavirus pandemic and Governor Gavin Newsom’s strict theme park reopening guidelines, which were finally released last week after a lengthy delay.

According to a recent ABC 7 News report:

“We welcome the plan to expand,” said a statement provided by a spokesperson for the city of Anaheim. “Short of a hospital, what’s been done at Downtown Disney to keep visitors and employees safe is the most extensive we’ve seen in Orange County. It is also a model for how the parks can safely reopen with significant safeguards.”

Earlier this month, Inside the Magic spoke exclusively to Anaheim’s head of communications, Mike Lyster. He shared some additional details about the city’s current economic status with us, noting:

“We certainly have seen what the impact is on our city. We have a budget deficit of $75 million to $100 million and there is no doubt that is caused by the unprecedented closure of the parks for nearly seven months now [now over seven months]. Also contributing to that, we have a convention center and the Honda Center and Angel Stadium are not doing what they typically do either, but the parks are the big driver, drawing about 25 million visitors a year.”

Mr. Lyster also shared some information about the Anaheim’s current unemployment rate with us. He said:

“It is unprecedented. We have unemployment in our city of 12%. That is about 20,000 people and that is on par with what we saw during the Great Recession.”

Undoubtedly, heading into the holiday season with the majority of Disneyland Resort employees still furloughed — or part of Disney’s recent round of layoffs — did not bode well for the Anaheim area.

The partial reopening of Disney California Adventure theme park — officially as an extension of the Downtown Disney District — has already resulted in hundreds of unionized Disneyland workers being recalled to work.

Although there are no present plans to decorate Sleeping Beauty Castle or open Disneyland Park’s Main Street, U.S.A. for holiday shopping and dining, any step forward is a positive one in this southern California city right now.

Will you be visiting Buena Vista Street at Disneyland California Adventure this November or December?