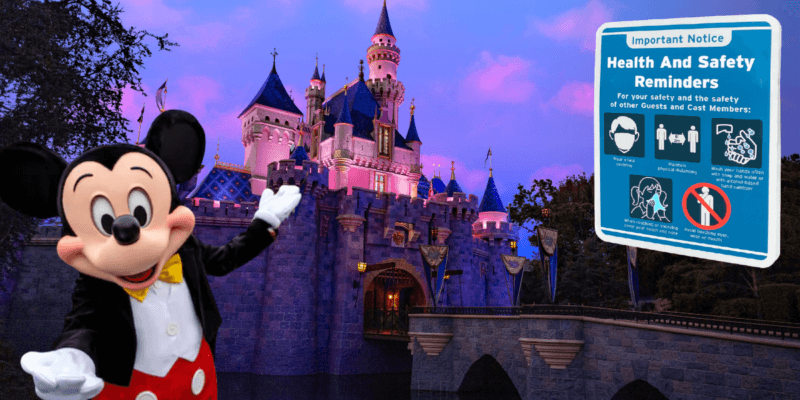 When Downtown Disney first reopened in July, it brought some pixie dust back to Southern California. For the first time since that March, Guests were able to shop and dine on Disneyland Resort property, soaking in as much of the magic as they could.

Then, a few months later in November, Disney California Adventure partially reopened for shopping and dining only on Buena Vista Street (including areas of Grizzly Peak and Hollywood Land, as well). Again, the magic was there — Guests could finally eat a Disneyland corn dog and churro, stroll through those beautiful, wide DCA walkways, end enjoy the atmosphere of a California Disney Park.

Related: Half of Disney’s Theme Parks Are Still Closed Amid Pandemic

The grim reality of the current status of Disneyland Resort operations (and the status of the State of California) is that there is no clear reopening date. Currently, Southern California is in a stay-at-home order that will last at least three weeks but could last even longer if hospital ICUs remain as full as they have been. This order prevents Downtown Disney from reopening dining, and it may not be until 2021 when Guests can eat a churro on Buena Vista Street again.

Read More: OpEd: Want Disneyland to Reopen? It All Depends on You

We also know that we will have to wait even longer for Disneyland Park and Disney California Adventure Park to reopen their gates. These two theme parks have not operated since mid-March.

As of today, it has been nine months since Guests were able to take a grand circle tour of Walt Disney’s original Magic Kingdom on the Disneyland Railroad, sing along to “it’s a small world” on the happiest cruise that ever sailed, pilot the Millennium Falcon, zip through Radiator Springs, go Soarin’ all around the world, or even give Mickey Mouse a hug.

And, unfortunately, with the ongoing pandemic, the restrictions placed on large theme parks, and a reopening date for Disneyland and DCA still unannounced, we may have to wait months before we can experience our favorite theme park attractions again — and it will likely be even longer before the parks are operating the way they were before the pandemic, with shows, fireworks, parades, and so much more.

So, there’s no telling when Disneyland Park and DCA will reopen. And even when they do reopen, it’s unclear when they will resume pre-pandemic operations. Downtown Disney doesn’t feel the same without all of the dining options Guests know and love, and Buena Vista Street only allowed Guests to dine at Carthay Circle and munch on churros and corn dogs for a couple of weeks before they had banned eating and drinking on property for the time being. And with fewer Cast Members — the true magic makers — able to go to work, many feel that a lot of the Disney magic is lost. All things considered, there are a lot of Disneyland fans who have seemingly lost hope.

But Disneyland was founded on hope. Walt Disney brought Disneyland to life because he hoped to provide families a place where they could play together, a world of “Yesterday, Tomorrow, and Fantasy” where all of your wildest dreams can come true. Walt himself was full of hope and optimism for his theme parks, and if he didn’t, the Disney Parks may have never existed.

“Disneyland is dedicated to the ideals, the dreams and the hard facts that have created America…with the hope that it will be a source of joy and inspiration to all the world.” – Walt Disney

The approval of the COVID-19 vaccine provides the nation with hope for a healthier 2021, and it provides Disneyland fans with hope for a brighter year ahead. Ahead of the announcement of guidelines for California theme parks, California Governor Gavin Newsom insinuated that Disneyland Resort cannot reopen until 2021, indicating that the reopening of Disneyland may be dependent on the availability of a COVID-19 vaccine. And as the vaccine becomes available for more and more people over the next several months, it hopefully paves the way for fewer coronavirus case numbers not only in California but also in the United States as a whole.

Is it reasonable to believe that Disneyland and Disney California Adventure may be allowed to reopen soon? We’re not so sure. But as the coronavirus vaccine becomes available, and as more Californians abide by the stay-at-home order and continue to wear their face coverings whenever they go in public, the strength of the pandemic will hopefully lessen. And then, when it is allowed to do so, Walt Disney’s original theme park will welcome Guests again — and Mickey Mouse will be waving from a distance. At that time, the true Disneyland magic will return.

This writer is sending well wishes to all of the Disneyland Resort Cast Members during this time.