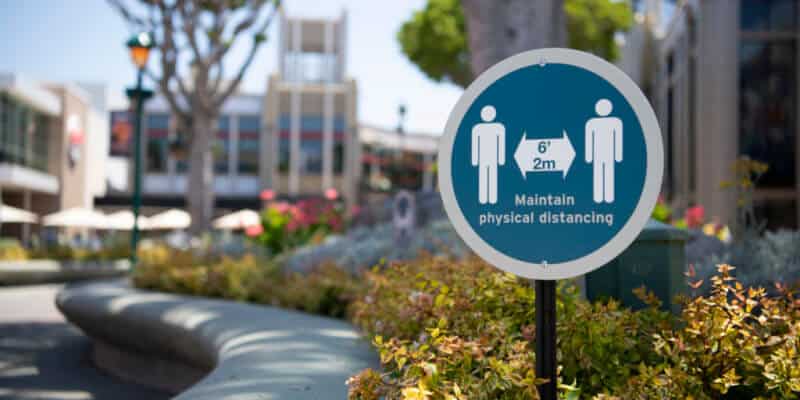 New government restrictions in California including a stay-at-home order and ban on in-person dining at restaurants have led to the re-closure of Knott’s Berry Farm, a Southern California theme park that had opened for dining events. These restrictions have also led to changes at Downtown Disney as dining is no longer allowed and many restaurants have closed their doors once again. But beyond just closing dining, could Downtown Disney re-close indefinitely?

Knott’s made an announcement earlier this week stating that their Taste of Merry Farm event would be closing due to the new regulations in California:

Due to new stay-at-home requirements issued by the state of California, Knott’s Taste of Merry Farm has been cancelled beginning 12/11 through 12/26

Knott’s Taste of Merry Farm was an event in which the theme park was open for shopping and dining. It also offered special decorations, entertainment, and treats for the holidays. This event is very similar to how Downtown Disney (and, by extension, Buena Vista Street) was operating before the stay-at-home order.

We have noted that despite Knott’s recent re-closure, parts of Disneyland Resort have remained open for shopping and has encouraged Guests to visit Downtown Disney and Buena Vista Street even with the current stay-at-home orders. While Disney did have to close down most of their dining options and is only offering to-go at select locations, they are opening more retail locations for Guests to enjoy.

You can read a full list of the restaurants currently serving to-go here.

Downtown Disney is currently open for shopping only, but if coronavirus case numbers continue to rise and California Governor Gavin Newsom decides to enact a stricter lockdown, there’s a chance that non-essential businesses in shopping centers will be forced to close again. And, since Downtown Disney is a shopping district — an outdoor mall at the Disneyland Resort — stricter lockdown measures could potentially shut it down.

Additionally, if Disneyland Resort is not seeing the attendance to Downtown Disney just for retail, then perhaps Disney will decide to close the doors until dining can reopen. Disney officials have not given any indication that this will happen, and they even said that more retail will open soon, but as the pandemic rages on, many fans wouldn’t be surprised if more operational changes occur.

In addition to the dining closing, Disney had planned to reopen the DVC villas for members to stay at the Grand Californian but that has now been postponed. These villas were supposed to be available starting on December 6, but there is no word yet from Disney on when they could be made available again, though it will have to be sometime after the California stay-at-home order is lifted.

Currently, Downtown Disney is open for shopping only, and we will have to wait and see if the loss of dining and the stay-at-home order will affect their current modified operations.

What do you think? Could Downtown Disney close again? let us know your thoughts in the comments below.

Comments Off on Could Downtown Disney Re-Close as the Pandemic Rages On?