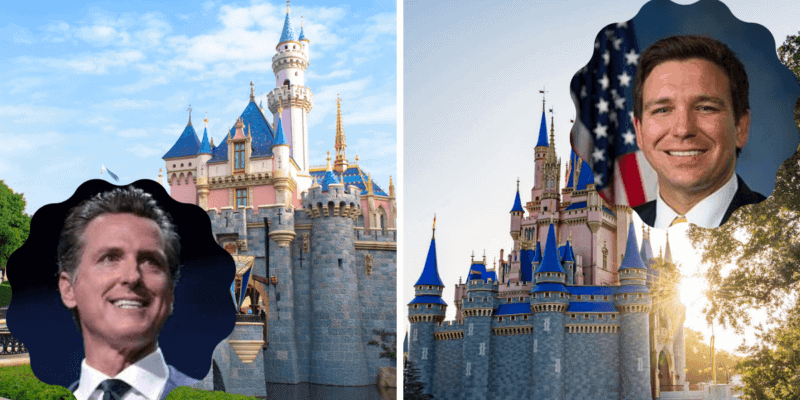 With the fate of theme parks being decided on the state level, there is much disagreement among Disney Parks fans, Disney executives, and even state officials regarding whether or not theme parks like Disneyland Resort and Walt Disney World Resort should be operating.

In a news conference Monday, Florida Governor Ron DeSantis praised Orlando’s theme parks — including Disney World and Universal Orlando — while calling attention to the situation across the country in California.

“Everyone now acknowledges that theme parks have not led to any type of major outbreaks,” DeSantis said. He added that he believes parks at Walt Disney World Resort and Universal Orlando Resort “have done very well” at curving the spread of COVID-19, USA Today reports. “We knew because of the way it’s done, they had precautions and all that. It’s outdoors, all these other things,” Gov. DeSantis stated.

The Florida Governor’s statements echo what Disney Parks officials have stated repeatedly: they believe they have proven that they can operate safely during a pandemic.

But it wasn’t long before the attention was turned to the parks on the other side of the U.S., particularly Disneyland Resort, located in Orange County, CA, currently in the most restrictive reopening tier in California Governor Gavin Newsom’s Blueprint For a Safer Economy.

“And yet California, they’re totally shut down. They have no path to reopen. Who knows when it will,” Gov. DeSantis stated, calling the indefinite closure of businesses in America “totally overboard.”

On the West Coast, it’s unclear when places like Disneyland Park and Disney California Adventure Park will be allowed to reopen, but sights are set on sometime in 2021. The reopening plan introduced by Gov. Newsom over the summer indicates that many of the state’s businesses (like California theme parks) will not be able to reopen until the counties in which they are located reach either the orange or yellow tiers, both of which are less restrictive than the red tier, and far less restrictive than the purple tier, in which most of the state’s counties currently sit.

Large theme parks, like Disneyland Resort, are not currently allowed to reopen until the fourth tier, the yellow tier, but there must be very minimal COVID-19 cases in a county in order for it to reach that level.

While Gov. Newsom and his administration have stated that they are basing their theme park reopening plan on science, Disney executives think there must be another path. And the lack of a concrete reopening date for Disneyland Resort, Universal Studios Hollywood, and other large theme parks in California explains why many theme park fans and disagreeing officials like Gov. DeSantis believe there isn’t a path to reopen parks at all.

But in California, Disneyland Resort began a phased reopening in July with Downtown Disney, and those operations extended to the streets of Disney California Adventure in mid-November. The Disney Vacation Club villas at Disneyland Resort will reopen in early December, but right now there is no reopening date set for Disneyland and Disney California Adventure theme parks, as those are still pending state approvals, which are dependent on COVID-19 case numbers.

We’ll update Inside the Magic with more information on Disney Park operations as it becomes available.