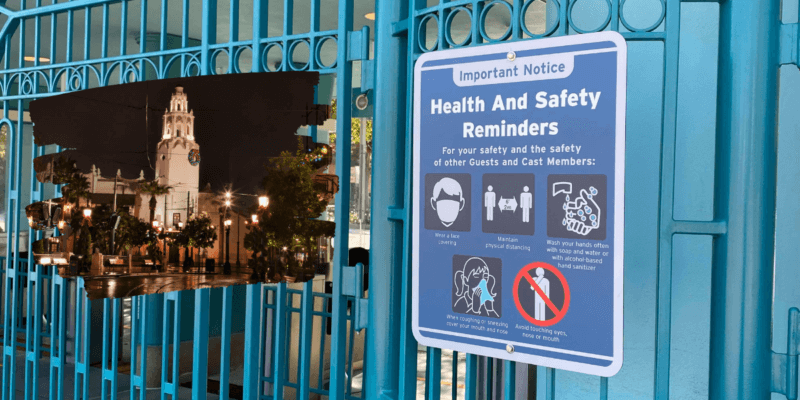 This week, we received another update regarding operations at Disneyland Resort. Disney CEO Bob Chapek and CFO Christine McCarthy presented during Disney’s Fiscal Full Year and Q4 2020 Earnings Results Webcast. And while their comments regarding the continued closure of Disneyland Resort echoed the disappointment of the local community, we still came away feeling hopeful about the future of the theme park.

“Unfortunately, we are extremely disappointed that the State of California continues to keep Disneyland closed despite our proven track record of our health and safety protocols,” Chapek said. “We believe state leadership should look objectively at what we’ve achieved successfully at our parks around the world, all based on science as opposed to setting an arbitrary standard.”

Moving forward, Disney Chief Financial Officer Christine McCarthy reiterated what many have been reporting lately: Disneyland Resort is not expected to reopen until after Q1 of the 2021 fiscal year. Some believe it will be spring or summer before the Happiest Place on Earth fully reopens.

So, where is the good news? Where does Disney’s optimism shine through, amid the continued disappointment regarding the ongoing closure of Disneyland during this pandemic? Well, although it was not touched on during the webcast this week, we do have some good things on the horizon for Disneyland Resort and its theme parks.

Downtown Disney is expanding to Buena Vista Street. Or at least, that’s how Disney is marketing the shopping and dining opportunity opening next week. Beginning November 19, Buena Vista Street in Disney California Adventure Park will reopen for food and merchandise only. So even though DCA is technically still closed, many fans are looking at the opening of Buena Vista Street as a partial reopening of the theme park. This will be the first time that Guests will get to meader the 1920s Los Angeles-style street inside the Souther California Disney Park, and many of us can’t wait.

Additionally, Disney revealed this week that one of the onsite hotels would be partially reopening, as well. Only at first, it will be for Disney Vacation Club members only. The DVC villas at Disney’s Grand Californian Hotel & Spa will be accommodating Guests beginning December 6. And although the rooms were quickly booked up, many of us see this as a positive. There is clearly a demand to get back to the Hotels of the Disneyland Resort. Hopefully, the reopening of the DVC villas at the Grand Californian will pave the way for the Hotels of the Disneyland Resort to reopen in 2021 (since we know they will remain closed for the rest of this calendar year).

But beyond this, how will Disneyland move forward? Many hope for a continued phased reopening of the resort — even predicting that Main Street, U.S.A. will reopen in time for the holiday season after seeing decorations go up in Disneyland Park. Others are wondering if Disney will opt to continue expanding the area in which Guests are allowed at Disney California Adventure. Could we possibly see a modified version of the Food & Wine Festival at DCA this spring? Or would the company decide to reopen part of Disneyland Park in early 2021 instead?

Right now, it may appear that we have more questions than answers. But rest assured that we’re excited for Buena Vista Street to allow Disney to test the waters for a phased reopening of the California Disney Parks.

Keep in mind that COVID-19 cases are rising all over the United States, including in the State of California. Because of this, California is urging residents to reconsider travel plans in and out of the state. If you do plan to visit California, it is recommended for you to self-isolate for two weeks before heading out and about.

Though Downtown Disney has been a destination for locals while the Disneyland Resort theme parks have been closed, it’s not uncommon for Disney fans from all over the state and even from out of state to visit the shopping and dining district. And since Buena Vista Street is reopening soon, we predict that this will bring many more out-of-towners to Orange County, Anaheim, and the Downtown Disney District.

For more information on traveling during the COVID-19 pandemic and what’s happening in California (or specifically Orange County where Disneyland is located), read our article here or reach out to the Authorized Disney Vacation Planners at Academy Travel, who can help you navigate this tumultuous time.

Comments Off on Disneyland News: A Partial Reopening and Hope for 2021