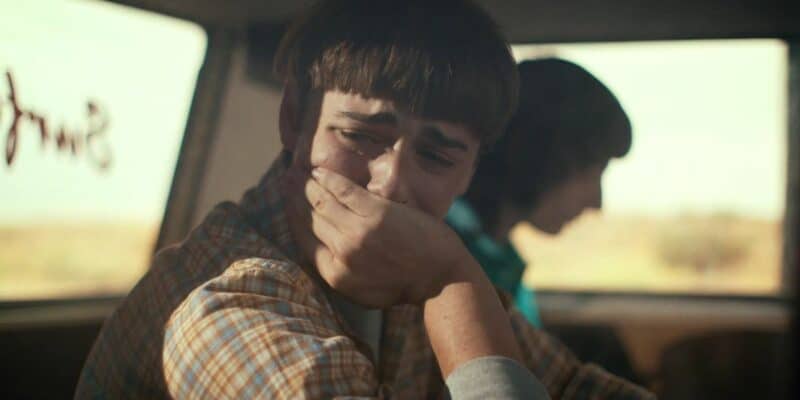 It will be some time before Stranger Things (2016) returns to Netflix, but the fifth and final season is set to start filming this summer, so we won’t have to wait too long. For now, at least we have the epic Stranger Things Season 4 to keep us entertained.

After battling “dark wizard” Vecna/Henry Creel/One (Jamie Campbell-Bower), our adolescent heroes discover that the Upside Down has started to consume Hawkins from the bottom up, so it’s fair to say that Season 4 ends on a major cliffhanger (and then some).

While fans continue to speculate about what will happen to Max Mayfield (Sadie Sink), who’s in a coma after her encounter with Vecna, it begs to question how things will wrap up for Will Byers (Noah Schnapp), who might be the key to saving Hawkins given his history with the Upside Down.

Well, Noah Schnapp may just dropped a major hint about how his journey in Stranger Things will come to an end. In a recent interview with Forbes, the 18-year-old actor revealed that Stranger Things Season 5’s ending will revolve around his character, saying:

“I can just tell you that I’m very, very excited for what’s to come. I think they did a great job with Will’s character this season, and beautifully addressed everything they needed to. The way they closed the show is just perfect — the story started with Will, and it’ll end with Will.”

What Schnapp means by this is unclear — as it should be — but his comments suggest that Will Byers will play a huge role in saving Hawkins and defeating Vecna. Even Vecna actor Jamie Campbell-Bower previously hinted towards an epic showdown between these two characters.

Naturally, though, fans will expect Eleven (Millie Bobby Brown) to be the one to face off against Vecna, but it looks like Will Byers will finally get to face his demons once and for all.

We’re just not sure how American rapper Megan Thee Stallion fits into Stranger Things Season 5, although she did lock horns with Schnapp on Instagram last year…

How do you think Stranger Things Season 5 will end? Let us know in the comments down below!