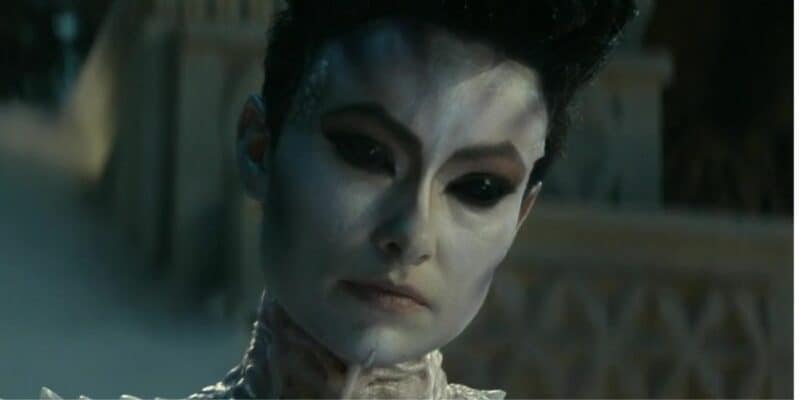 A new Ghostbusters film will be arriving in theaters later this year, which will follow on from Ghostbusters: Afterlife (2021), the long-awaited sequel to the original two films in the series, Ghostbusters (1984) and Ghostbusters II (1989).

The film is being directed by Gil Kenan, and will see the return of McKenna Grace, Finn Wolfhard, Celeste O’Conner, Carrie Coon, and Paul Rudd, who will be reprising their roles as Phoebe, Trevor, Lucky, Callie, and Gary Grooberson, respectively.

Ernie Hudson has also confirmed that he’ll be returning to play Winston Zeddemore, while special effects artist and actor Billy Bryan, who is best known for creating and portraying iconic Ghostbusters villain the Stay Puft Marshmallow Man in the 1984 film, is also back on board.

Needless to say, fans are excited about the upcoming film, which is yet to get an official title. Its codename is Firehouse (three guesses as to why!), although many have simply taken to calling it Ghostbusters 4 (2023).

Some fans, however, are referring to the sequel as Ghostbusters 5, because it will indeed be the fifth film in the Ghostbusters franchise if you include the 2016 reboot Ghostbusters: Answer the Call (2016), which turned out to be a critical and financial disaster for Sony Pictures.

The trouble is that this is a little confusing, seeing as the reboot takes place, of course, in an entirely separate timeline. If, however, we’re calling it Ghostbusters 5 because of beloved installment Ghostbusters: The Video Game (2009), things start to make more sense.

The game takes place in New York City in 1991, and follows the Ghostbusters as they try to round up all the ghosts that have escaped from the Ecto-Containment Unit, while also dealing with the spirit of insane architect and Gozer worshipper Ivo Shandor.

Several years ago, Dan Aykroyd confirmed that Ghostbusters: The Video Game is actually canon with Ghostbusters and Ghostbusters II, and so for a long time fans considered it a proper Ghostbusters sequel — well, at least until Afterlife came along…

So, here are five reasons why the new Ghostbusters sequel will probably wipe the game from canon (although, in many ways it seems that Afterlife already has).

The Afterlife sequel will be a continuation of  “the Spengler family story”, as established in the 2021 sequel. However, this time the series will return to the “home” of Ghostbusters, in New York City (although filming is expected to begin in March in London).

Given how much Afterlife relies on nostalgia and well-known Ghostbusters villains and other characters, the fact that the franchise is suddenly boomeranging back to New York City is probably no coincidence, and if you read on, you might see a pattern forming.

Speaking specifically towards Afterlife, like the 2009 game, the latest sequel features Gozer fanatic Ivo Shandor (JK Simmons). But this time, he’s shown to have been in a supernatural slumber for the past century, as opposed to being a ghost like in the game.

There’s also no mentioning of the events of the game whatsoever, and while this doesn’t mean that the game is no longer canon — because Afterlife also doesn’t mention Ghostbusters II which is 100% canon — it has still left fans of the game confused since its release.

3. The Timeline Is Messy When You Include the Game

In the 2021 film, Gary Grooberson (Paul Rudd) refers to the Ghostbusters’ glory days with the line “New York in the eighties, it was like The Walking Dead“, which would suggest that, beyond 1989 — which is when Ghostbusters II takes place — that their heyday was over.

However, this contradicts a line from Dr. Ray Stantz (Dan Aykroyd) later in the film while he’s on the phone with Phoebe. Ray tells her that the Ghostbusters continued for several years, until her grandfather, Dr. Egon Spengler, disappeared with all their equipment.

Why then, have the Ghostbusters become nothing more than an urban legend when their work apparently continued well into the new millennium? While the fact that they continued for years after the 1989 sequel would fall in line with the video game, at the same time, Afterlife also contradicts this.

Rebooting the events of Ghostbusters: The Video Game would be a great excuse for the upcoming sequel to bring even more familiar Ghostbusters villains back into the fold — the Stay Puft, Slimer, Vigo the Carpathian, the Librarian Ghost, and so on.

But though Afterlife is a solid entry, it utilizes well-known Ghostbusters villains far too much. We might be getting our streams crossed for no reason, but we highly doubt that the next installment won’t do the same thing, especially given the fact it’s doing a 180-turn in terms of setting.

There’s another clue in Afterlife that suggests the upcoming sequel will wipe the game from canon entirely. Afterlife‘s post-credits scene shows the Ecto-1 being returned to its rightful place in the old Ghostbusters firehouse, while Winston Zeddemore (Ernie Hudson) opens the doors.

We then cut to a dusty Ecto-Containment Unit, on which a red light is flashing ominously . Does this mean that it’s about to “leak” just as it did in the original 1984 film and the 2009 game? Is the Afterlife sequel taking a leaf out of the game’s book? It wouldn’t surprise us — especially considering that Podcast actor Logan Kim has previously said that he thinks the filmmakers should take inspiration from the 2009 game.

Do you think Ghostbusters 4 will officially wipe the 2009 video game from canon? Let us know in the comments down below!