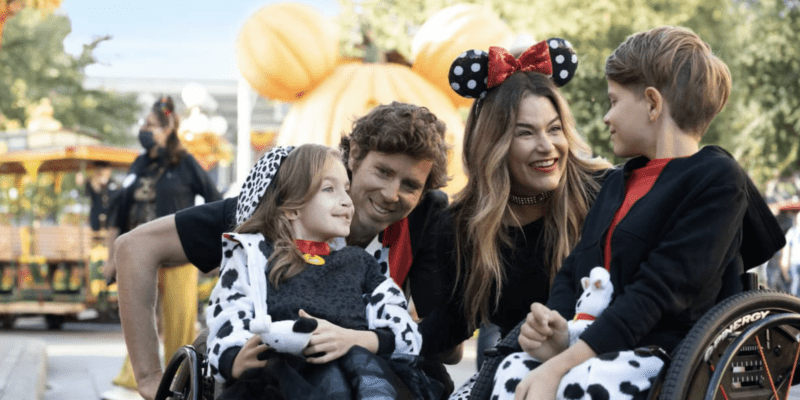 While Disneyland Paris is often regarded as the most disappointing Disney Theme Park, other Disney Parks don’t escape criticism. As prices rise, many Annual Passholders, Magic Key Holders, and everyday Guests are increasingly disheartened by The Walt Disney Company’s decisions.

Earlier this month, Disneyland Resort fans got together online to discuss the most disappointing aspects of a current vacation to Disneyland Park, Disney California Adventure, and Downtown Disney.

It started with a Reddit post by user u/jumpaxis, who said they were “extremely disappointed” with their first visit since the Disney Parks reopened in 2021:

Half of the effects on the rides didn’t work, many rides didn’t work at all, the lines seem very forced(making Genie necessary compared to “fast track”), undertrained employees, and the fact that there are way less shows and attractions depending on the day.

Though many Disney Parks fans said these were repetitive complaints, the Guest hoped to make a difference by asking others to share their thoughts. “I figured why not share. If you don’t speak about a problem, it will never get fixed,” they said.

If you’ve ever taken a Disney vacation, you know rides will always break down. From Space Mountain to “it’s a small world,” rides naturally experience wear and tear from thousands of Guests each day.

However, fans have noticed a rapid spike in ride breakdowns at Disneyland Park and Disney California Adventure, likely due to a shortage of maintenance Cast Members. A regular Disneyland Resort visitor, u/Virtual_Scallion2235, reflected on their experience with ride breakdowns:

As someone who goes once a week it’s unbelievable the amount of rides that are consistently down everyday. Sometimes I even watch the Disneyland app to see and like clockwork Indiana Jones is down consistently. They want to get more ticket holders into the park but by not fixing the rides they are actually driving away future ticket holders because they don’t see the point if nothing works.

I can wait in an hour line because I’ll just come back next week and do a different ride but when someone that comes once a year waits an hour just for the ride to breakdown last minute is a bad look for Disney.

Others agreed, like infrequent Disneyland Resort visitor u/mrsjackdaniel. “We have to take time off of work, fly to California, pay for hotel stays, etc. etc. and I just can’t bring myself to do all of that when I constantly read about how disappointing the park has been lately,” they wrote. “Hopefully things turn around, but as of right now I don’t see a trip anywhere in the near future happening and that makes me sad.”

“I’m here right now and Big Thunder, Space and ROTR are all down. Thought about popping over to DCA instead but Guardians and Cars are down,” u/Brief-Hamster5153 said. “It’s never been this bad and it’s sadly becoming the norm.”

Disneyland Resort Cast Members make the magic happen, but many Guests report that many seem poorly treated and undertrained. One Disney Cast Member wouldn’t let a Guest Park Hop because they hadn’t been trained on Magic Key rules.

The backbone of the Disney difference is customer service and cast members, and the quality has significantly declined. Cast members create the feeling of magic. You need their enthusiastic participation in the “magic” to create the escapist fantasy and because of COVID, Disney lost all its long-time cast members who are responsible for the culture we all used to enjoy. They have since hired a bunch of new people who are rightly miserable because the wages are horrible and their perks are gone and it is worse to work at Disney than ever before. But this will have long-term ramifications on the “magic.” You can fix the attractions and make the food good again, but if they don’t repair the bedrock of the Disney experience, what is built on top will never flourish.

“Corporate doesn’t respect their workers or their customers, and they are killing the long term prospects of the company,” u/LondonIsMyHeart agreed.

Many Theme Park fans are familiar with paid FastPass systems, but Disney Parks Guests were long spoiled by the free FastPass+. Unfortunately, it never came back after COVID-19 closures. Instead, it was replaced with paid Genie+/Lightning Lanes.

Disneyland Resort recently raised prices for Genie+ and Individual Lightning Lanes, depending on the day of your vacation. Using the Disney Genie app during peak times can cost a family of four $100 to ride Star Wars: Rise of the Resistance at Disneyland Park.

But fans were unhappy with Genie+ before the price increase. Many say it’s more complicated than the previous FastPass system and requires Guests to be buried in their phones all day. From u/UsidoreTheLightBlue:

While I like Genie+ for allowing me to skip lines and get photopass included for a great price (comparatively) its way more stressful than Fast passing was because you can only do one at a time your constantly starring at your phone and going “OH SH*T! I just got us into Smugglers Run! But it overlaps with Space mountain, we’re going to have to run.

“We renewed our passes again this year but I am thinking of passing when they are up next round. The Genie + is my main reason why,” u/dragonsback79 said. “We stood 2 hours in line in 90+ degree weather and 50% humidity for Haunted Mansion a few weeks ago as I watched 50-60 genie+ people enter for ever 3-4 stand by people enter. It’s just not right.”

“It’s messed up that anyone should have to resort to adding $20+ to their ticket prices,” u/sluttttt added. “I know it’s optional, I really do, but the once-in-a-life-timers are going to feel the pressure to splurge. Disney knows it and is taking advantage of them, and I think it’s gross.”

While Disney is responsible for providing hospitality, other Disney Park Guests can make or break your experience. Many Disney fans feel that Guest behavior has worsened since the Disney Parks reopened in 2020 and 2021.  This summer, a brawl at Magic Kingdom resulted in multiple arrests, hospitalizations, and two families permanently banned from Walt Disney World Resort.

u/ChismisSis said they couldn’t blame Cast Members for being unhappy when they’re treated so poorly by Guests. “People in general were just rude to each other and cast members,” they wrote. “I felt terrible for the cast members. Many did not want to be there and I don’t blame them with the crap some guest were giving them.”

“I feel like parents have poor planning when bringing their kids to the park. Always on this race to hit every ride within a short amount of time, not letting their kids slow down and take a break,” u/Kitty_Woo said of other Guests. “Disneyland is THE most stimulating place for a kid, so of course they’re gonna stress out and tantrum. That’s why taking it at a good pace, stopping for water and snacks, and even letting them pick the rides helps out.”

“I shouldn’t have to hear a mom at the table next to us screaming at their crying toddler to shut up and eat their f**king banana,” u/boobumblebee replied. “You know if parents act like that openly in public, its way worse at home.”

Have you been disappointed on recent visits to Disneyland or Walt Disney World Resort?