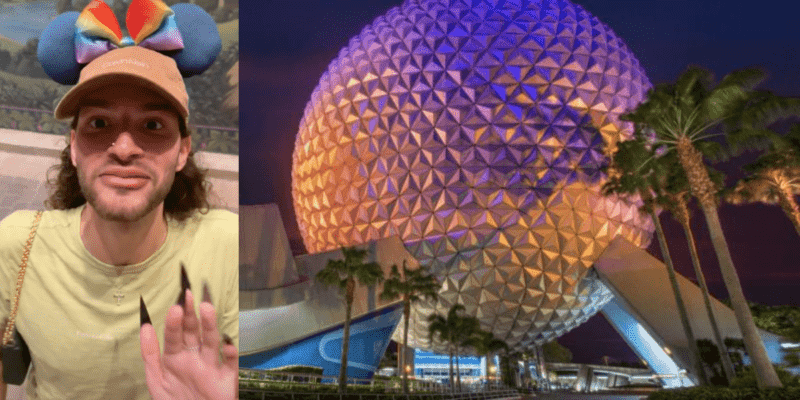 We’ve reported on a lot of shocking behavior from Disney Parks Guests, from a fight in Fantasyland at Magic Kingdom to a boat collision caused by reckless behavior on “it’s a small world” at Disneyland Resort. Many fans feel that Guest behavior has been “out of control” since the Disney Parks reopened during the ongoing COVID-19 pandemic.

“So I’m going to reenact what I just saw a kid do to his dad at EPCOT, and you guys, I’m f**king flabbergasted,” Bryan explained, still at the Disney Park at the time of recording.

“Just shut up!” Bryan said, imitating a child stomping away. “And you would think the dad would run after him because my mother would literally throw me into the lake.”

“The dad was like, ‘Timothy, come back here right now!’” Bryan continued, stomping again. “And he just kept walking!”

Bryan was shocked by the child’s behavior, especially on a Walt Disney World Resort vacation. But everyone can get frustrated, even in the Most Magical Place on Earth!

On an expensive, exhausting vacation that requires a lot of planning, it can be helpful to allow a rest day for recuperating at your Resort hotel. Then, everyone is refreshed and ready for more Disney Parks fun!

Have you ever seen shocking behavior at Walt Disney World or Disneyland Resort?