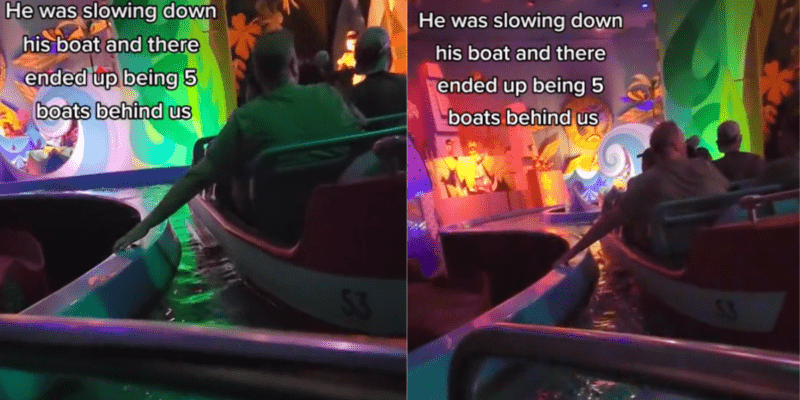 “it’s a small world” felt a lot smaller for some unlucky Disneyland Resort Guests this week!

Related: A New Trend After All, ANOTHER Guest Sticks Bare Foot In Ride Water

Then, she noticed that a Guest in the boat they collided with was reaching their arm out of the boat to grab the ride track and slow the boat to a stop, causing the traffic jam. The Guest shared the following video:

what happened to keep your arms inside the boat? 🧐#fyp #disneyland #itsasmallworld #wtf

According to the Guest, five “it’s a small world” boats ended up colliding and coming to a stop before the ride continued.

For your safety and the safety of other Guests, please keep your hands and feet inside Disney Parks rides at all times.