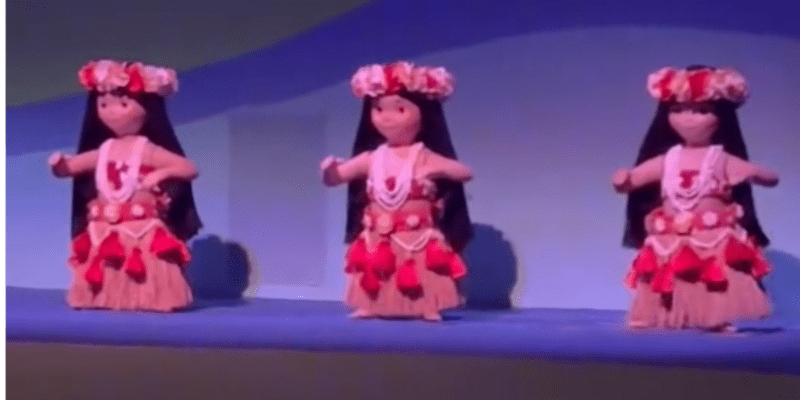 Between missing animatronics, a sinking boat, and a new TikTok trend encouraging Guests to stick their bare feet into the ride water, “it’s a small world” has had a tough year at Walt Disney World Resort.

Despite a length refurbishment and a new coat of paint late last year, “it’s a small world” in Fantasyland at Magic Kingdom still shows signs of disrepair. A new TikTok from @amberscott992 shows that one of the hula dolls on the ride remains motionless:

“it’s a small world” opened at Disneyland Resort in 1966 after being crafted for the 1964-1965 New York World’s Fair. It’s been replicated at Disney Parks worldwide and is beloved by Guests of all ages. From Disney:

Have you noticed maintenance issues on “it’s a small world?”