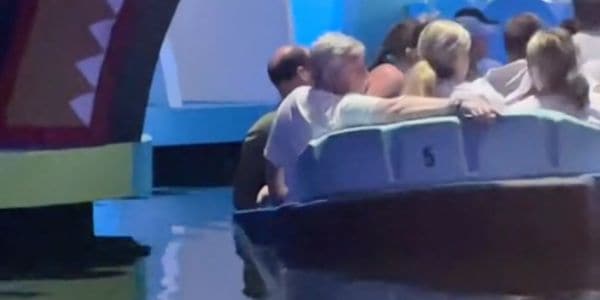 There may not be a more iconic and classic Disney Park attraction than “it’s a small world.” This attraction is a slow-moving boat ride that allows Guests to “Embark on a whimsical boat ride past a jubilant chorus of children from around the globe.”
At Walt Disney World, the ride can be found at Fantasyland in the Magic Kingdom along with several other classic rides like Peter Pan’s Flight, the Seven Dwarves Mine Train, Mickey’s PhilharMagic Concert, and The Many Adventures of Winnie the Pooh, to name a few.
For those who don’t know, Disney describes “it’s a small world” as follows:

“it’s a small world” is one of the older rides at The Walt Disney World Resort and entertains thousands of Guests daily. The ride can be found at Disneyland Park in California, Magic Kingdom in Florida, Tokyo Disneyland, Disneyland Park in Paris as well as Hong Kong Disneyland. However, due to the ride’s age, we have seen issues pop up such as non-functioning animatronics as well as prolonged stoppages and even evacuations.
Speaking of prolonged stoppages, a few Guests recently were stuck for an hour on the ride just behind a boat that appeared to be sinking. the video was shared on TikTok and is linked below:

We were stuck for over an hour, the torture 😭 #smallworlddisneybound #disney #disneyworld

We were stuck for over an hour, the torture 😭 #smallworlddisneybound #disney #disneyworld

As you can see, there was a long line of boats waiting near the end of the ride. A boat just in front of the Guest recording appears to be slowly sinking but we arent entirely sure that was the reason for the breakdown.

Typically, if Guests encounter a long breakdown or evacuation, they are given passes that allow them to skip the standby line for a different attraction to make up for the experience.

Unfortunately, this is not even the first time we have seen a ride vehicle sink at the Magic Kingdom.

Earlier this month, a log sank at Disney’s iconic Splash Mountain attraction, with Guests panicking and screaming as the ride continued. This was the third reported time that a long had sunk.

As Disney states, “it’s a small world” was created for the 1964-1965 New York World’s Fair. Personally overseen by Walt Disney in support of the United Nations Children’s Fund (UNICEF), the attraction was a huge hit. After 2 seasons there, it was shipped to Disneyland park, where it opened on May 28, 1966.

Have you ever experienced a malfunction like this one?