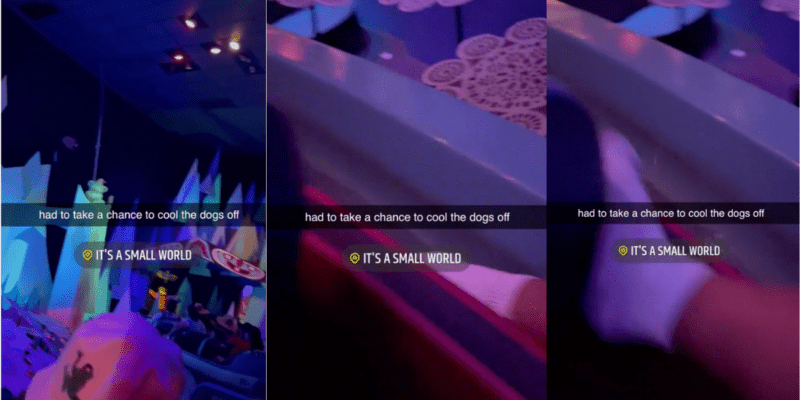 “it’s a small world” is the Happiest Cruise That Ever Sailed! This family-friendly, all-ages, slow-moving boat ride takes Guests on an adorable journey around the world.

Unfortunately, one Disneyland Resort Guest got a little too comfortable on the Fantasyland ride. TikTok user @maxtapa1 shared a video from “it’s a small world” at Disneyland Park:

Text over the video reads “had to take a chance to cool the dogs off.” The Guest takes off his shoe and dips his sock-covered foot in the “it’s a small world” water.

Referring to toes as “the dogs” is a rising trend on TikTok, as is dipping your feet in Disney Park ride water. Back in April, two separate Guests dipped their toes in the water at Splash Mountain and “it’s a small world.”

When at Disneyland and Disney California Adventure, it’s important to keep your hands and feet inside ride vehicles at all times for your safety and the safety of others.

What’s the strangest thing you’ve ever seen another Guest do at a Disney Park? Let us know in the comments.