Guest Breaks Rules, Sticks Foot Outside of Splash Mountain Boat - Inside the Magic 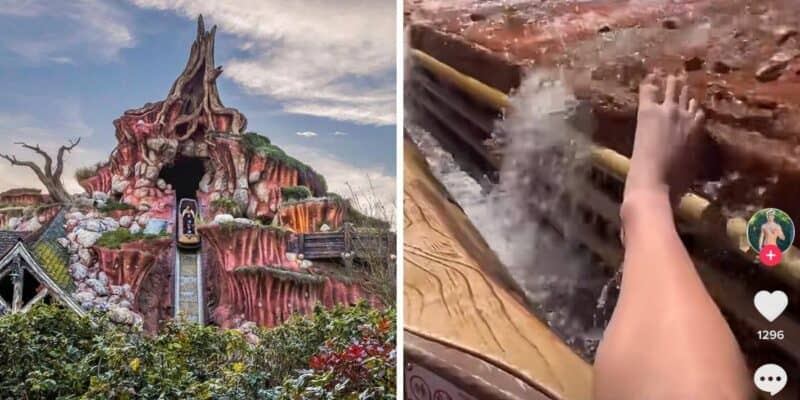 The phrase “keep your legs arms feet and legs inside the ride at all times” is something Disney Guests hear every time they board an attraction at the Parks. This rule is put in place to keep Guests safe as they enjoy the various rides around the theme parks.

One Guest decided to break this rule and stick his bare foot outside of the boat at Splash Mountain and drag his foot alongside the attraction.

Not long ago, we reported on a Guest taking their shoe off and sticking their foot into the water at “it’s a small world”. Now, we are seeing another Guest do the same thing, this time on Splash Mountain, and posting it to TikTok.

The Guest, who goes by @davisstayl0r on TikTok, posted a video of himself taking his shoe off and sticking his foot out of the ride vehicle on Splash Mountain at Disneyland Park. He proceeded to rub his foot alongside the rocks on the attraction s the ride vehicle moved forward.

We want to make it very clear that doing something of this nature is extremely dangerous. One time a Disney Guest stuck his hand into the water at Pirates of the Caribbean and came out with one less finger. Disney has rules in place to keep Guests and Cast Members as safe as possible.

Again, Disney has rules and regulations in place for the safety of both the Guests and Cast Members. One of these rules includes remaining seated with hands, arms, feet, and legs inside the ride vehicles at all times. If a Guest breaks any rules while inside the theme parks, Disney has the right to remove you from the theme park.