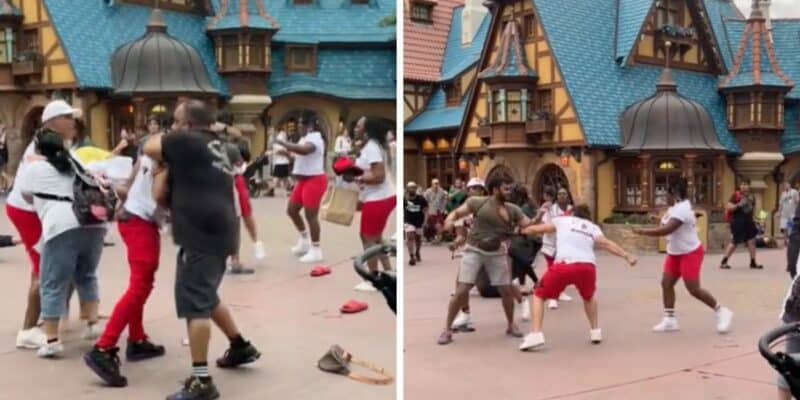 Another fight broke out at Disney World, this time involving several Guests from multiple parties.

In a video posted to TikTok, which has since been removed, a full-on brawl broke out between Guests at Magic Kingdom near Peter Pan’s Flight. Inside the Magic was able to grab screenshots of the video prior to it being removed, which you can see below.

There was also a video shared to Twitter, which you can see below:

Many punches were thrown, shirts were being pulled, Guests were being choked and, unfortunately, kids were crying.

It is unclear how long security took to get to the brawl and what happened to the gets, but Inside the Magic will update this article as we get information.

Additionally, if you ever get into a fight while at Disney, you may be escorted out of the Parks and issued a lifetime ban.

This is a developing story and Inside the Magic will update you as we get information.