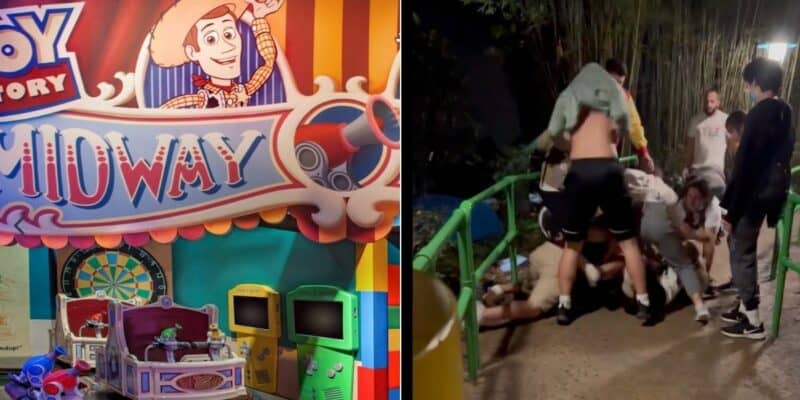 Tonight, unfortunately, it seems that a fight broke out in a Toy Story land attraction queue at Disney World’s Disney’s Hollywood Studios Park.

You can view a video of the altercation, which involved several Guests — seemingly teenagers — ripping at one another’s clothes and clawing one another while a Cast Member rushed away, presumably to alert security, though the CM’s exact destination is unknown.

The cause of the fight also remains unclear at the time of publication. Commenters on the original video shared thoughts like, “I hope they get banned” and “Line skippers?”

Again, precise details of the altercation remain unclear at this time — although it does appear to have taken place in the Toy Story Mania queue — and Disney World officials have not issued a statement regarding what happened.