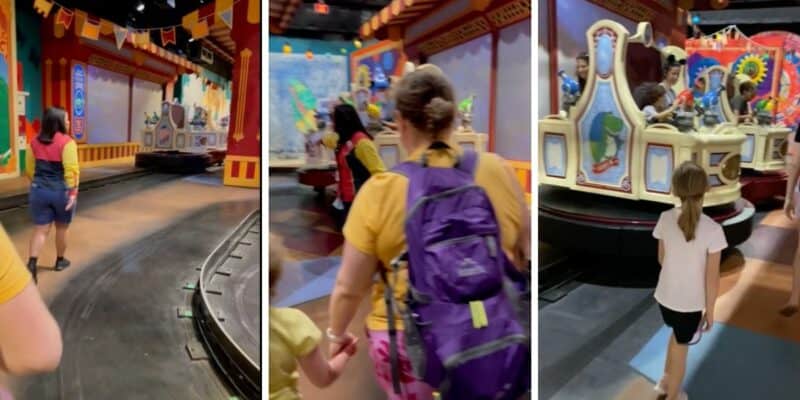 Toy Story Mania is a popular ride in Disney’s Hollywood Studios that allows Guests to go on a 4D shooting arcade adventure. Guests not only love the immersiveness of this attraction, but the competition that comes along with it.

Unfortunately, Guests riding Toy Story Mania recently were in for an unexpected surprise as the ride experienced multiple ride malfunctions, causing the ride to stop and Guests needing to evacuate.

Last week, a Disney World Guest shared a video of their party being escorted off Toy Story Mania due to a breakdown. You can see in the video below, the lights came on and the ride had to stop due to malfunctions.

Well…there’s a first time for everything. from WaltDisneyWorld

Then, the very next day, another Guest shared a similar video, also showing their party getting escorted off of Toy Story Mania.

Toy Story Mania broke down for us, too. from disneyparks

At this time, we are unsure of what caused these ride breakdowns, but as always, rides can experience technical difficulties from time to time. For the most up-to-date information, and to check the status of a ride, be sure to download the My Disney Experience app to your smart phone or device.

The official Walt Disney World website describes this ride as:

Have you ever experience a ride breakdown? Let us know in the comments below.