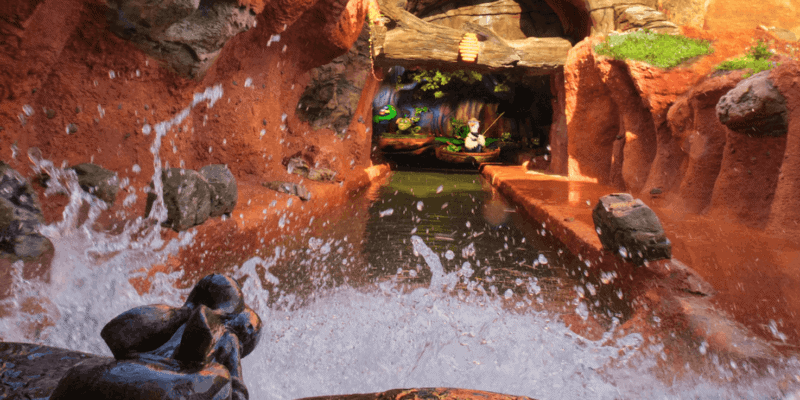 Splash Mountain has become an iconic attraction at both Walt Disney World Resort and Disneyland Resort.

However, it won’t be long before the longstanding water ride closes for good.

Disney announced that Tiana’s Bayou Adventure is set to take over Splash Mountain by 2024, and just recently, at the D23 Expo in Anaheim, CA, the company revealed models for what to expect the reimagined ride to look like.

As the Disney attraction enters its final days, it seems that it is having its fair share of technical difficulties.

We recently reported on a couple of instances where logs on the attraction had sunk, forcing Disney Park Guests to evacuate.

Well, now, it seems something similar has happened.

As you can see in the video, the Guests go down the hill, and a massive amount of water splashes over the log, leaving them soaked. The ride had to come to a stop and be shut down because of the log’s malfunction.

As noted previously, this isn’t the first time that a log has filled with too much water on Splash Mountain and, if too much enters, it will eventually sink. Disney has not made any comments on what the cause of these mishaps has been.

Are you going to miss Splash Mountain? Let us know in the comments!