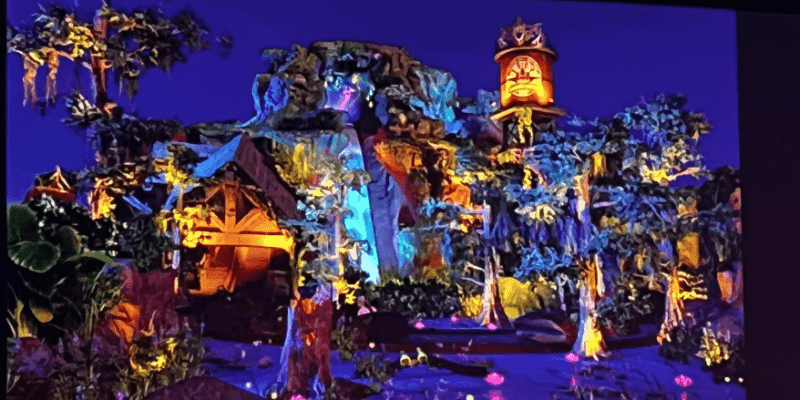 We’re almost there… Tiana’s Bayou Adventure is shaping up to be a magical adventure at Walt Disney World Resort and Disneyland Resort!

Disney Imagineers, Chairman of Disney Parks and Resort Josh D’Amaro, and Princess Tiana herself, Anika Noni Rose, gathered at D23 Expo on Sunday to share more details on the Splash Mountain retheme and perform songs from Princess and the Frog (2009).

Related: Tribute to Br’er Rabbit Will NOT Remain on Tiana’s Bayou Adventure

“This attraction is going to be gorgeous at night,” said Charita Carter, Executive Producer of Relevancy Activations at Walt Disney Imagineering. Fans will meet all-new, original characters as Tiana realizes she’s missing one key ingredient for a recipe!

An opening date has not been announced for Tiana’s Bayou Adventure in Frontierland at Magic Kingdom and Critter Country at Disneyland Park. The rides are set to open in late 2024, with no closing date for Splash Mountain at either Disney Park announced.

The Song of the South (1946) ride will remain the same at Tokyo Disneyland, though the Disney Park recently removed the ride’s anthem, “Zip-A-Dee-Doo-Dah,” from its music loop. From Disneyland:

Are you excited for Tiana’s Bayou Adventure to take over Splash Mountain?