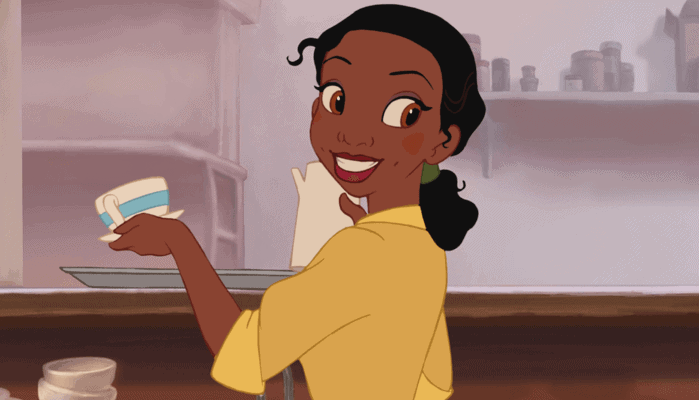 Though D23 doesn’t officially begin until Friday, September 9, members of the media are sharing breaking news about the Disney Parks as part of media preview night.

Princess Tiana is the star of the show tonight, with all-new concept art and to-scale models of Tiana’s Bayou Adventure, the retheme of Splash Mountain at Walt Disney World Resort and Disneyland Resort.

But that’s not all! At Disneyland Park, Princess Tiana will open a restaurant – Tiana’s Palace. From Theme Park news reporter Scott Gustin:

As of right now, The Walt Disney Company has not shared plans for Tiana’s Palace to join Tiana’s Bayou Adventure at Magic Kingdom. Since the ride will be located in Frontierland, adding the restaurant at Walt Disney World Resort may be more difficult.

Princess Tiana is Disney’s last hand-drawn princess, taking a refreshing twist on a classic childhood tale of the princess who kissed the frog. In the film, Princess Tiana opens her own restaurant: Tiana’s Place. A version of this restaurant already exists on Disney Cruise Line’s Disney Wonder. From Disney:

Are you excited for Tiana’s Palace and the upcoming Splash Mountain retheme?