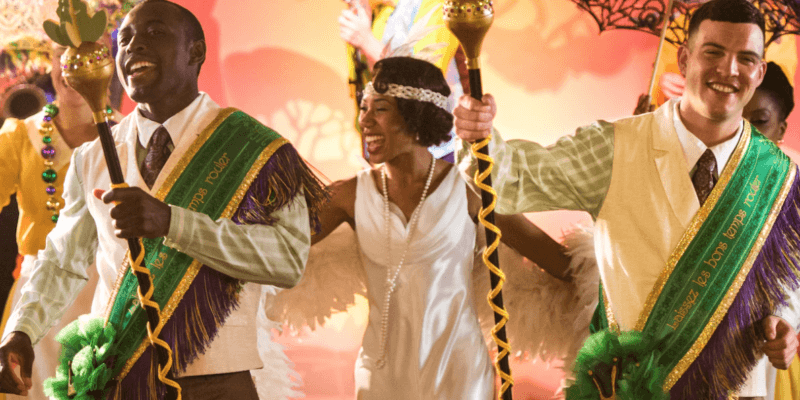 And it is now the home of Disney’s cruise ship, the Disney Wonder.

As the sun rose over the Crescent City, people got their first look at the Disney Wonder docked at the Port New Orleans cruise terminal. She arrived in port around 2 am CST, finisher her long journey through the Gulf of Mexico from her previous homeport, San Juan, Puerto Rico. 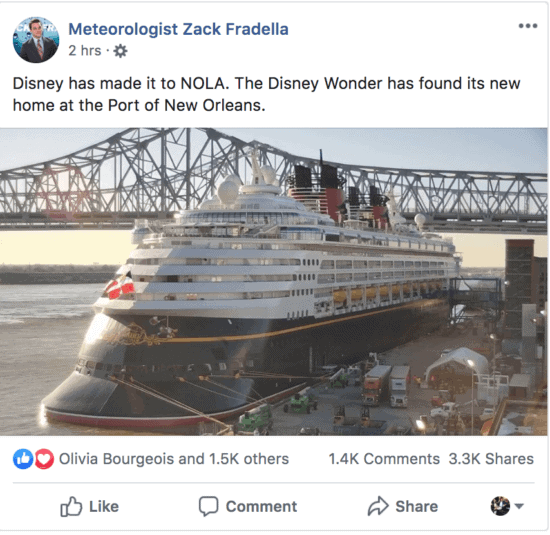 This is the first time the Disney Wonder has visited New Orleans which means it is also the first time she navigated the Mississippi River. From her new homeport, the Disney Wonder will embark on seven cruises. The first six will be round-trip sailings to the Bahamas and the Western Caribbean, while the final one will be a one-way trip through the Panama Canal to her next homeport, San Diego, California.

Here is the list of Disney Cruises out of New Orleans along with their sailing dates. These voyages can include visits to destinations such as Grand Cayman, Key West, Nassau, and Disney’s private island, Castaway Cay.

The Disney Wonder is already scheduled to return to New Orleans in 2021 to service six sailings through January and February.

When Disney Cruise Lines announced that New Orleans would become a regional homeport for one of their ships, they could not have picked a better ship than the Disney Wonder.

The Wonder has a special connection to New Orleans. She proudly hosts Tiana’s Place and The French Quarter Lounge. Yes, our master-chef heroine from Disney’s instant animated classic The Princess and the Frog has her very own restaurant with an adjoining lounge that gives every Disney Wonder sailing a touch of New Orleans. No matter where you are in the world. And yes, you can meet your favorite characters for the film such as Princess Tiana, Prince Naveen, and Louis.

So, as guests begin to board for their 7-Night Bahamian Cruise, Laissez les bons temps rouler aboard the Disney Wonder.

Book Your Voyage Aboard the Disney Wonder

Are you thinking about booking your next cruise aboard the Disney Wonder or any other Disney Cruise Ship? Well, the travel agents at Academy Travel are standing by ready to help you make this cruise the most magical yet. Contact them today for your free no-obligation quote.

Have you sailed on the Disney Wonder? Have you eaten at Tiana’s Restaurant? Are you happy Disney Cruise Lines stationed a ship in New Orleans? Let us know in the comments!

Comments Off on Princess Tiana is Home! Disney Wonder Arrives in New Orleans