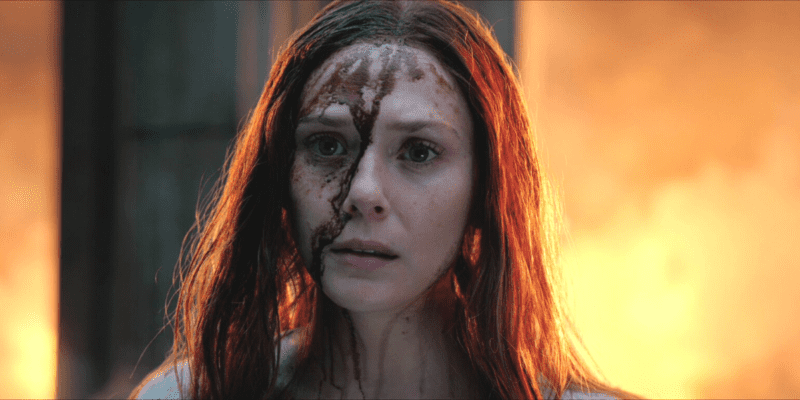 After waiting for some update for months, fans finally hear from Kevin Feige about where he thinks will happen next to Elizabeth Olsen’s Scarlet Witch.

Doctor Strange in the Multiverse of Madness (2022) showed a darker side of the Scarlet Witch that fans weren’t expecting to see immediately. Fans knew that the movie would explore some of the Multiverse — although not as much as fans would’ve hoped — and didn’t think twice that Wanda would be the sole antagonist for the movie.

With Wandavision teasing Wanda having the Darkhold, it was only a matter of time before fans saw Wanda’s dark side, but it seemed that Doctor Strange 2 would probably show Wanda helping out Doctor Strange, but the trailers lied to fans. If anything, fans believe that the movie would show a variant of Wanda that was evil but didn’t expect it to be the Earth-616 Wanda.

At the movie’s end, Wanda realizes her mistakes and how she nearly killed Xochitly Gomez’s America Chavez for more power. To redeem herself, she takes down the temple dedicated to her, and fans see a brief flash of red before the temple collapses.

Fans don’t think Wanda is dead, but Marvel has been very silent on what her role will be in the future of the MCU. With the X-Men not entering the MCU soon, fans don’t know where Wanda will fit in the new MCU since she could be another villain for another MCU project. Still, Marvel needs to continue building on her story since fans don’t want to wait five years to see the character again.

Kevin Feige was asked in an interview with Variety what he thinks happened to Wanda, and he slyly answered that he “had no idea” but mentioned that he did see the red flash:

“I don’t know that we saw her under rubble? I saw a tower coming down and a little red flash. I don’t know what that means.”

Feige went on to praise Olsen as an actress and stated he would be fine working with her for another 100 years in the MCU:

“I’d work with Lizzie for another 100 years if we could. Anything’s possible in the Multiverse! We’ll have to see.”

While fans may have wanted a more concrete explanation, it does seem that Feige’s teasing about Wanda’s escape will probably be explored sooner than later. Fans hope Olsen will appear in Kathryn Hahn’s Agatha Harkness: Coven Of Chaos series and continue her story from WandaVision. At the very least, fans will hopefully see the Scarlet Witch appear soon, but shouldn’t expect her to appear anymore in Phase Four of the MCU.

Do you hope to see more of the Scarlet Witch in the MCU? Let us know what you think!