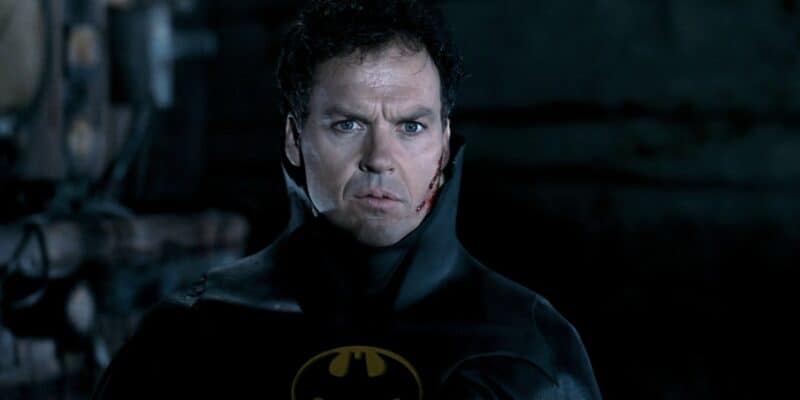 Warner Bros.’ canceling of the HBO Max movie Batgirl (2022) might just be the most shocking news in the entertainment world so far this year. After all, it’s simply unheard of that a film so close to the final stages of its production gets pulled.

It would be a lie to say that things haven’t been looking grim for the DC Extended Universe for some time, though. While entries such as Wonder Woman (2017) and Shazam! (2019) were successful both financially and critically, the franchise has been all over the place for many years.

Zack Snyder might have given us the Justice League movie we’ve been waiting for, but all that did was remedy the “Snyderverse” trilogy — which is now comprised of Man of Steel (2013), Batman vs. Superman: Dawn of Justice (2016), and the new Justice League (2021) — and nothing more.

Other movies such as Suicide Squad (2016) and Wonder Woman 1984 (2020), were panned critically, while sequels such as The Suicide Squad (2021) opted for a jarring shift from a ratings perspective, loosening the interconnectivity between most of the DCEU movies even further.

It’s possible that Warner Bros. was planning to remedy this mess with the DC’s Multiverse, which would have likely been introduced in Batgirl, as we’d have seen the long-awaited return of Michael Keaton’s Bruce Wayne/Batman, as well as that of Ben Affleck, the DCEU version.

But now, as revealed in a Twitter Spaces held by Fandango’s Erik Davis and The Wrap’s Umberto Gonzalez, which follows “funeral screenings” of the film for the cast and crew, details have emerged surrounding Michael Keaton’s appearance in Batgirl.

Speaking of a source who saw the latest cut of the film, Gonzalez said:

“I asked how Keaton is in it at least, and I was told he was good. He’s playing Bruce Wayne/Batman age-appropriate, he’s got white hair when he’s Bruce Wayne. And the kicker here is that his Batman is ‘retired.’ But he obviously pops in to help and advise Barbara Gordon (Leslie Grace). But he’s not really that much in it, but he has a presence when he’s in it, and it’s sort of a pivotal cameo when he pops in and out.”

This will likely come as a bit of a surprise to fans. While they will probably never get to see the film anyway, it was expected that Michael Keaton’s Bruce Wayne/Batman featured heavily in the film. However, according to Gonzalez’s source, he wasn’t “really that much in it”.

Speaking specifically of the quality of the film itself, he went on to say that it wasn’t “the worst superhero movie”, but that it ultimately “plays like a very expensive CW pilot”, referring to CW’s DC television universe, such as Supergirl (2015), The Arrow (2012), and The Flash (2014).

“A source of mine said: ‘I saw Batgirl, certainly not the worst superhero movie but ultimately, I understand why they took the right down.’ I asked this individual elaborate a little further and was told it’s basically essentially an expensive CW pilot, which is what I heard it was. It plays like a very expensive CW pilot. It’s not really a strong film, the tone is just very CW, lacking in depth, lighter, and more comic book-like, which is odd because Michael Keaton’s in it. It’s finally lighter than his Tim Burton films. Currently, it’s about an hour and 40-plus minutes. It’s basically an hour, 40 minutes CW pilot. With a pretty good action set piece at the end from what I’m told. And again, not the worst superhero film I’ve ever seen.”

Gonzalez reminds us that Batgirl was, after all, shot exclusively for HBO Max and not movie theaters, though this may have played a pivotal role in Warner Bros.’ axing of the film. He said:

“It’s obviously shot for television as it was for HBO Max. So, it’s like so everything is in the center of the screen and I’m being told it just doesn’t feel cinematic which is something they probably could have corrected if they did some additional photography. But ultimately, the powers that be decided it wasn’t worth the tens of millions it would have cost to do that.”

Well, it sounds like Warner Bros. may have done the right thing canceling Batgirl, but we may never know. It’s not all doom and gloom for the wider DC film universe, though. The DCEU itself might be all over the place, with question marks hanging over upcoming projects such as The Flash (2023) following the whirlwind of controversy surrounding Ezra Miller.

And then there’s Aquaman and the Lost Kingdom (2023), given the infamous Johnny Depp/Amber Heard trial. While we won’t see Ben Affleck donning the cape and cowl in Batgirl, he is expected to return in the Aquaman sequel alongside Jason Momoa (Arthur Curry/Aquaman).

Elsewhere, things are looking positive. Recently, Joker: Folie à Deux (2024) was confirmed, with a release date of October 4, 2024. The film will be a musical set in Arkham Asylum, with Joaquin Phoenix reprising his role as Arthur Fleck/Joker, and Lady Gaga joining as Harley Quinn.

There is a sequel to The Batman (2022) in the works, which will see the return of Robert Pattinson as Bruce Wayne/Batman, and there’s also an upcoming HBO Max series that will focus on Colin Farrell’s Oswald Cobblepot/The Penguin, as seen in Matt Reeves’ film.

As it seems that The Flash is going ahead despite all the Ezra Miller controversy, it’s likely we will see Michael Keaton and Ben Affleck reprise their roles as Bruce Wayne/Batman. But here’s to hoping that Leslie Grace’s Barbara Gordon/Batgirl gets a second chance in the DCEU.

Joker: Folie à Deux releases on October 4, 2024. The Batman 2 is currently in development.

Do you think we will ever get to see Batgirl? Let us know in the comments down below!

Comments Off on Michael Keaton’s Surprising Cameo In ‘Batgirl’ Revealed