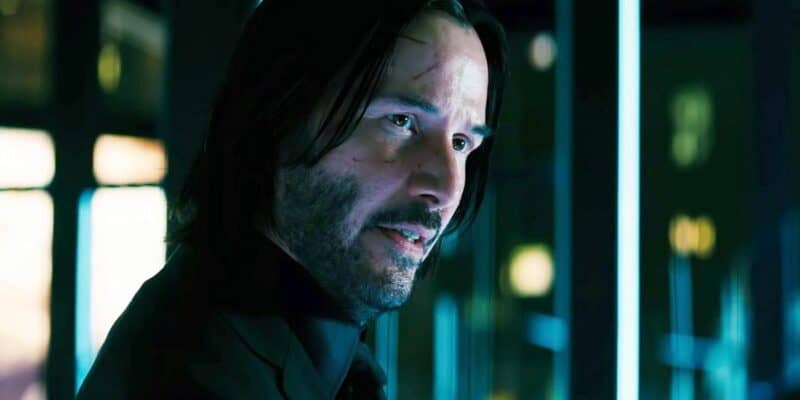 He has also been voiced by numerous actors too, whether it’s in the ’90s cartoon, the video games, or in Warner Bros.’ upcoming animated film DC League of Super-Pets (2022). While Kevin Conroy is usually behind the animated mask, this time another actor has taken up the mantle.

As per Wikipedia, here’s the official synopsis for DC League of Super-Pets:

When the Justice League is captured by Lulu and Lex Luthor, Superman’s labrador, Krypto, who was depowered in the process, forms a team of shelter pets who were given superpowers to save his owner and Superman’s friends: a boxer named Ace, who becomes super strong and indestructible; a pig named PB, who can grow to giant-size; a turtle named Merton, who becomes super fast; and a squirrel named Chip, who gains electric powers.

In the film, Bruce Wayne/Batman is voiced by Keanu Reeves, who is best known for his roles in major movie franchises such as Bill and Ted, The Matrix, and John Wick. But now, the 57-year-old actor has confessed that he would like to don the cowl and cape in live action!

At a recent onscreen premiere for the upcoming film, Reeves talked about playing the “World’s Greatest Detective” in the future. When asked if he enjoyed voicing the character in the film in an interview with Extra, here’s what he had to say:

“I mean I love Batman, as a character. And I love him in the comic books, in the films, so to get the opportunity to voice, to play Batman, was awesome.”

He was then asked if he’d ever wish to play Bruce Wayne/Batman in live action, he said:

‘”You know, it’s always been a a dream,” Reeves said. “but [Robert] Pattinson’s got Batman right now, he’s doing awesome. Maybe down the road. Maybe when they need an older Batman. I have a small part in this film, a bit of a cameo, but even that just to be a part of a project that [Dwayne] Johnson and Kevin Hart are a part of is awesome, and I got to play Batman. It was a lot of fun.”

Bruce Wayne/Batman is currently being played by Robert Pattinson (at least on the theatrical live action side of things), and a sequel to Matt Reeves’ critically-acclaimed blockbuster, which is currently the fourth highest-grossing film of 2022, was previously greenlit by Warner Bros.

However, that doesn’t mean that a role elsewhere wouldn’t be up for grabs. After all, both Michael Keaton and Ben Affleck will be reprising their own versions of the character in the upcoming DCEU movie The Flash (2023), while Keaton will also be appearing in Batgirl (2022).

Keaton played Bruce Wayne/Batman in Batman (1989) and its sequel Batman Returns (1992), and Affleck portrayed an older version of the character in Zack Snyder’s Batman v Superman: Dawn of Justice (2016), Suicide Squad (2016), and both versions of Justice League.

However, if Keanu Reeves is to enter the arena as a Bruce Wayne/Batman actor, he’d be the oldest one yet. But we happen to think this would work in his favor, as Affleck’s seasoned and embittered portrayal of the vigilante went down well with many fans of the character.

Meanwhile, Christian Bale has also expressed an interesting in return to play the Dark Knight, having played the character in the three Christopher Nolan movies. Perhaps Bale and Reeves will have to fight it out, or maybe a “Batman: No Way Home” could please everyone!

Either way, as it stands, Keanu Reeves is the next Bruce Wayne/Batman — at least in animated form, which, more often than not, is something many fans of the character take just as seriously as any live-action interpretation.

And we think Reeves would certainly bring his own flavor to the role. Needless to say, the actor is no stranger to action — we’ve seen him dodge bullets in The Matrix movies, and get the upper-hand on his opponents in the John Wick movies using hardback books and pencils.

Do you think Keanu Reeves would make a good Bruce Wayne/Batman? Let us know in the comments down below!