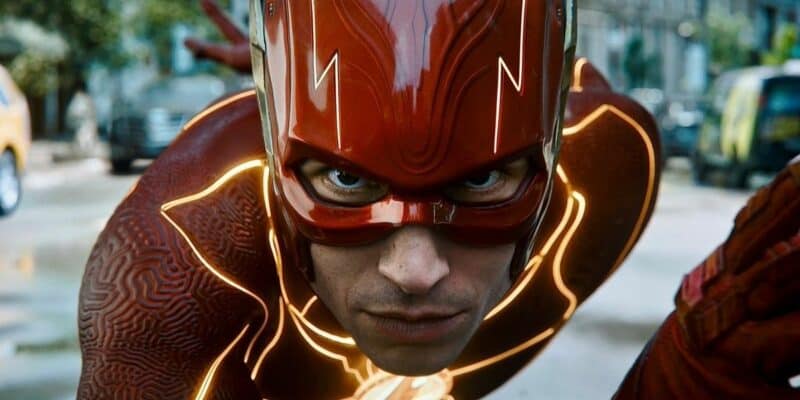 Recently, Warner Bros. has found itself in a bit of a pickle in regard to talent. The studio has taken intense heat for firing Johnny Depp from his role as Gellert Grindelwald in the Harry Potter Fantastic Beasts spinoff series while seemingly allowing Amber Heard to continue as Mera in the Aquaman franchise, and now they have to decide what to do about the Ezra Miller debacle.

Miller is best known for his work as The Flash in Warner Bros. DC Expanded Universe (DCEU), a role he first played in Justice League (2017).

The 29-year-old actor has faced a variety of legal issues recently, including being accused of battery — including throwing a chair at a woman — multiple times while on vacation in Hawaii.

Now, Miller is evading law enforcement’s efforts to serve him after disappearing with a young woman, now 18, whose parents claim the non-binary star has been grooming their daughter since she was only 12 years old.

Related: The Movie Executive Who Fired Johnny Depp Is Officially Stepping Down

The release of Miller’s upcoming DCEU solo film, The Flash (2023), is now at the heart of the controversy surrounding the star — and it seems that Warner Bros. may have finally decided to take a stand and remove Miller from future DC movie and TV projects.

“There is no winning in this for Warner Bros,” one studio source tells us. “This is an inherited problem for Zaslav [Warner Bros Discovery CEO David Zaslav]. The hope is that the scandal will remain at a low level before the movie is released, and hope for the best to turn out.” Sources said even if no more allegations surface, the studio is leaning toward not keeping Miller in the Flash role in future DC films. That would mean replacing him in the future, but Warner Bros execs have to be cringing at each new press report.

It is unknown, however, if “it is even possible to recast Miller this late in the game” in regard to the 2023 film, so the studio will have to make some tough choices on that front. One option is to relegate the film to an HBO Max streaming release, which would undoubtedly cut into profits, but would result in a more low key press tour and no red carpet events.

Zaslav has been vocal about his hope to make the DCEU as successful as Kevin Feige’s Marvel Cinematic Universe at Disney-owned Marvel Studios. The Flash, in fact, is set to include “including the return of Michael Keaton as Batman along with a reprise by Ben Affleck, a $200 million budget and a hot director in Andy Muschietti, who delivered the blockbuster It for the studio.”

At this time, however, the Ezra Miller problem is dampening the future success of all DC Expanded Universe projects until a firm decision is made about how to handle the star’s off-set issues.

Warner Bros. has not issued an official statement regarding Miller at this time.

What do you think? Should Miller be fired like Johnny Depp was?