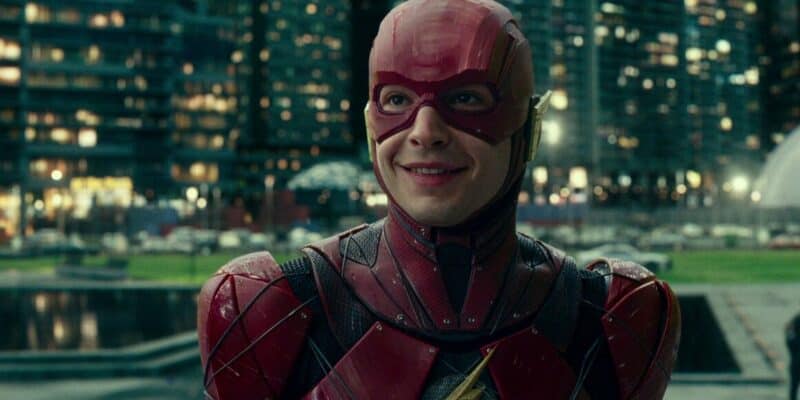 Ezra Miller continues to shock DC fans after going to social media to mock the authorities searching for them and Tokata, the girl Miller is accused of brainwashing and grooming since she was 12 years old.

A few days ago, Tokata’s parents issued a restraining order against The Flash (2023) actor after being concerned that their daughter was no longer safe. The parents claim that Miller has given Tokata Marijuana, LSD, and alcohol, and used violence to “hold sway” over her.

While Tokata has said over social media that she is fine, her parents believe that Miller has complete control over her social media and is dictating what Tokata says. Sadly, the court that issued the restraining order can’t find Miller and Tokata with authorities still searching for the actor.

Miller has already been in several incidents in the past few weeks. While in Hawaii, Miller threw a chair at a woman and was arrested twice. The actor is known for having violent tendencies ever since they choked a fan a few years back. Surprisingly enough, Warner Bros. has said nothing about Miller’s role currently in the DCEU.

As of right now, the actor still has the lead role in The Flash and will continue to play the speedster in future movies. Warner Bros. is reportedly recasting Amber Heard’s Mera so there is a chance that Miller will suffer the same fate.

While there is no update on if the authorities have found Miller, the actor went to Instagram to share some pictures and memes mocking the authorities searching for them and Tokata. The first post states that Miller is in “another universe” which is obviously making fun of why the authorities can’t find them:

The second post is another picture with big yellow words saying, “Message from another universe”:

After this, Miller shared a meme of a person vomiting with a more aggressive caption:

Another shared post from Miller has them making fun of people giving him a headache:

Their last post was a long message which focused on the actor being “shielded” from “ill-intent” and “negative thoughts”:

While the actor is still in hiding, fans are hoping that nothing terrible will happen once the authorities find Miller. Due to his volatile nature, there is a concern that the actor may lash or act irrationally if he doesn’t cooperate. With Tokata with him, her parents hope that she will return safely and no more harm will be done to her.

Do you think Ezra Miller will be found soon? What are your thoughts on his recent posts? Let us know what you think!