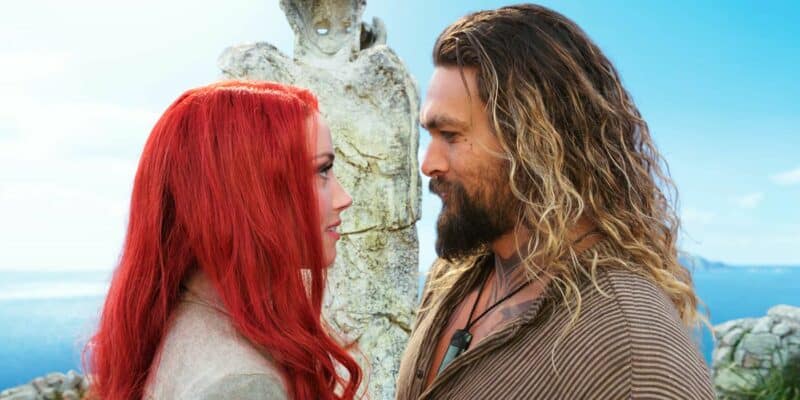 Amber Heard reportedly won’t be seen in Aquaman and the Lost Kingdom (2023) after all as Warner Bros. is reportedly recasting her character.

After losing the defamation trial against her ex-husband, Johnny Depp, 56, the actress has seen defeat after defeat. She claims that the trial is a massive step back for women as the trial apparently sided with Depp with the media leading the Jury to favor her ex more than her.

The trial was a continuation of Depp trying to clear his name after being accused by Heard to be abusive and a “wife-beater”. Heard published an Op-Ed piece sharing her experience from the abuse, but decided not to name Deep in 2018 with The Washington Post. This led to an intense court trial between the two with the Jury reaching a verdict almost two weeks ago.

Depp was found to be innocent and won the lawsuit against his ex-wife. Heard now owes Depp $15 million and he now owes Heard $2 million in compensatory damages. This lawsuit still left the actress with a role in the upcoming sequel to Jason Momoa’s Aquaman (2018) despite Depp losing all of his work with Warner Bros. and Disney.

Fans have been begging for Warner Bros. to cut her role and it seems that they have finally given in. According to a report from Just Jared, a Warner Bros. insider claims that the studio is recasting Mera. Reshoots will be happening later this year with someone else replacing Heard as the new Mera for any future DCEU projects. The source claims that Kidman will play Mera, but she actually plays Atlanna in the movie. This isn’t the first time that sources have claimed Heard would lose her role so it’s very likely that someone else will play Mera in the Aquaman Sequel.

Surprisingly, Warner Bros. was already on the fence about keeping the actress for the movie and has leaned back and forth on what to do. DC has suffered from a lot of mishaps over the years and with Ezra Miller playing the Flash, it feels like Warner Bros. is just playing damage control.

While Heard may be seen as a liar and abusive person, Miller has shockingly been accused of grooming and brainwashing a teenage girl since she was twelve years old and Warner Bros. still hasn’t spoken up on what they plan to do. With Heard out of the picture, fans hope that Miller will be recast in The Flash (2023) as well, but it’s hard to tell what the studio will do.

It didn’t take Warner Bros. very long to recast Johnny Depp in the Fantastic Beasts franchise, but the studio waited years before doing the same to Heard. With the trial over and Depp possibly getting some roles in future movies, things are starting to look better, but who knows what will happen next in the entertainment world.

Aquaman and the Lost Kingdom releases in theaters on March 17, 2023.

Who do you think will play Mera in Aquaman 2? Let us know what you think!