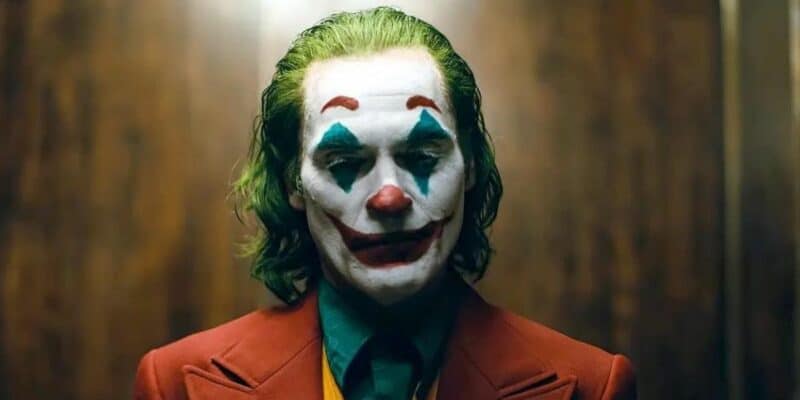 If there’s one film we never expected a sequel to, it was Joker (2019), even if it does revolve around Batman’s iconic nemesis. And despite the fact that director Todd Phillips and Joaquin Phoenix haven’t been shy about returning for a sequel, no one imagined it would actually happen.

Well, here we are, just weeks after the announcement that Joker 2 will become a reality (or perhaps a figment of the Clown Prince of Gotham’s imagination). When news of Joker 2 broke, naturally, so did the Internet, and the entire DC fanbase was split right down the middle.

And if the announcement itself wasn’t shocking enough, Joker: Folie à Deux (2024) will also be a musical (we suspect that said-imagination will come in handy). And if that didn’t leave you with your jaw on the keyboard, we’re pretty sure that news of Lady Gaga’s involvement did.

The A Star Is Born (2018) actress and world-famous popstar has now been officially cast in the film. And though her role hasn’t been disclosed, fans believe she will be playing Harley Quinn, which would make her the second live-action version of the character alongside Margot Robbie.

And now, another actress appears to be involved with the sequel. Zazie Beetz, who plays Sophie Drummond in the 2019 film, is seemingly set to return in Joker: Folie à Deux. Deadline reports that they have it on “on good authority that Zazie Beetz is in talks to reprise her role.”

In a recent interview with The Hollywood Reporter, the Deadpool 2 (2018) actress, who also appears in this year’s Bullet Train (2022) with Brad Pitt, addressed the criticism of Joker: Folie à Deux being a musical, which has easily been the most divisive aspect of the sequel so far. She said:

“I actually think it makes wonderful sense. I wasn’t really surprised by that. Todd [Phillips] has always had a creative approach to the character. I love musicals, and I think of them as the characters are feeling and experiencing so much that they can only sing and dance about it, whether in sorrow or in joy. And I can actually see that within myself as well, because singing and dancing is quite a cathartic experience for me. I was going through a really, really difficult time at one point in my life, and I just started dancing and crying by myself. And that was an expression that matched where I was at that moment. And so I can see Arthur [Fleck], who is feeling and experiencing so much, dancing and singing about it. He’s the Joker, so I think it makes sense to me.”

In Joker, Beetz’ character Sophie is Arthur Fleck’s neighbor from down the hall in his apartment block, who, much to the surprise of the viewer, becomes his girlfriend. However, it is later revealed that while she is indeed real, Arthur has been fantasizing that they were an item.

While Joker seemingly leaves Sophie alone, as he only ever seems to kill people who cross him, in the interview with The Hollywood Reporter, Beetz explains how she believes her character lives on, which means that she could return for the sequel.

“Yeah, in my mind, she lives because she never actively wronged Arthur. His victims in the film were generally people that pointedly hurt him. Even within the horror of his realization around his own state of mind, he acknowledges that she’s more of a bystander to his situation than an actor to his situation. So, to me, it made sense that she wouldn’t be harmed by him because his harm was intentional towards certain people and then society at large, which he also felt wronged by in a way. So in my mind, she makes it out unscathed, at least physically.”

Plot details for Joker: Folie à Deux are currently non-existent, though we do know that the film is expected to be set primarily in Arkham Asylum, where, undoubtedly, Joaquin Phoenix’s Arthur Fleck/Joker will be spending some down-time following his off-screen capture at the end of the first film.

We also know that “Folie à Deux” loosely translates to “shared madness”, which is a bit of a giveaway as to what we can expect from what should be dubbed as the most “unexpected sequel of all time” (although perhaps 2016’s Independence Day: Resurgence already took that title).

While we do see Joker enjoying a last-minute murder in a white-washed hospital before the credits roll, it’s never confirmed whether this is actually Arkham, although we do see the iconic psychiatric correctional facility in the film nonetheless.

It’s understandable that many fans are dubious about Joker: Folie à Deux being a musical. However, this isn’t actually such a far cry from the original film, as Arthur Fleck is, after all, a wannabe-stage performer, and is seen performing interpretive dance routines throughout the film.

Phoenix is no stranger to putting his vocal talents to good use, having starred in the Johnny Cash biopic Walk the Line (2005). Meanwhile, Lady Gaga, who nabbed an Oscar for her performance in A Star Is Born, is also an award-winning international icon. Need we say more..?

Hot on the heels of the Joker: Folie à Deux announcements is Warner Bros.’ controversial shelving of Batgirl (2022), which leaves the DC Extended Universe in an even greater mess than it was already in. Thankfully, the Joker movies are not part of the shared universe, which puts a smile on our faces.

Either way, that still leaves three separate theatrical “Batman” timelines in existence. There’s the DCEU (AKA “Snyderverse”), the Joker movies, and Matt Reeves’ The Batman (2022), which is also getting its own sequel, in which it’s expected that Barry Keoghan will be portraying in full the character of Joker.

Joker: Folie à Deux will release in theaters on October 4, 2024.

Do you think Zazie Beetz’ character will play an important role in Joker: Folie à Deux? Let us know in the comments down below!