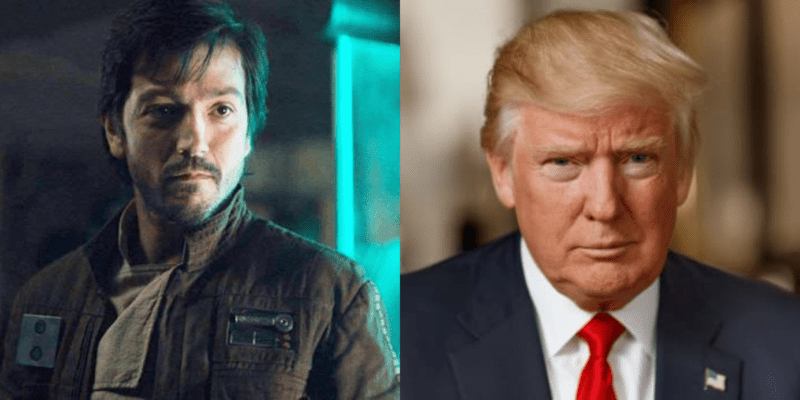 The Star Wars universe is taking on the social complex of a “Trumpian world” in the upcoming series Andor, according to one actress.

Andor is undoubtely the most anticipated Star Wars series since The Mandalorian season two, with the official teaser trailer and full trailer blowing away every Star Wars fan.

With Diego Luna and Forest Whitaker reprising their respective roles with Stellan Skarsgård joining the collection, Andor is set to expand the Skywalker saga like never before.

Bridging the gap between the events of Star Wars: Episode III – Revenge of the Sith (2005) and Rogue One: A Star Wars Story (2016) is no easy task, but first looking at the streaming series promises something significant for viewers.

Now, actress Fiona Shaw is promising that Andor will continue the tradition of Star Wars taking on political issues to explain the importance of perseverance and endurance:

#StarWars: ANDOR will be a “scurrilous [take] on the Trumpian world,” says actress Fiona Shaw: “People’s [real world] rights are disappearing, and Andor reflects that…”

Fiona Shaw shared with Empire that series writer Tony Gilroy has infused a “Trumpian” theme into the show:

“Tony has written a great, scurrilous [take] on the Trumpian world. Our world is exploding in different places right now, people’s rights are disappearing, and Andor reflects that. [In the show] the Empire is taking over, and it feels like the same thing is happening in reality, too.”

Tony Gilroy served as a principal writer for Rogue One, proving early on that he knows Star Wars like any dedicated fan.

With the Empire in full force in Andor, inhabitants of the galaxy will be struggling to hold onto the little hope and freedom they have as Sith Lord Darth Vader pillages countless colonies, communities, systems, and more.

Andor is an original, 12-episode series from Lucasfilm. The series, which takes place before the events of “Rogue One: A Star Wars Story,” debuts exclusively on Disney+ on its new date, Wednesday, September 21, with a three-episode premiere.

The “Andor” series explores a new perspective from the Star Wars galaxy, focusing on Cassian Andor’s journey to discover the difference he can make. The series brings forward the tale of the burgeoning rebellion against the Empire and how people and planets became involved. It’s an era filled with danger, deception, and intrigue where Cassian will embark on the path that is destined to turn him into a rebel hero.