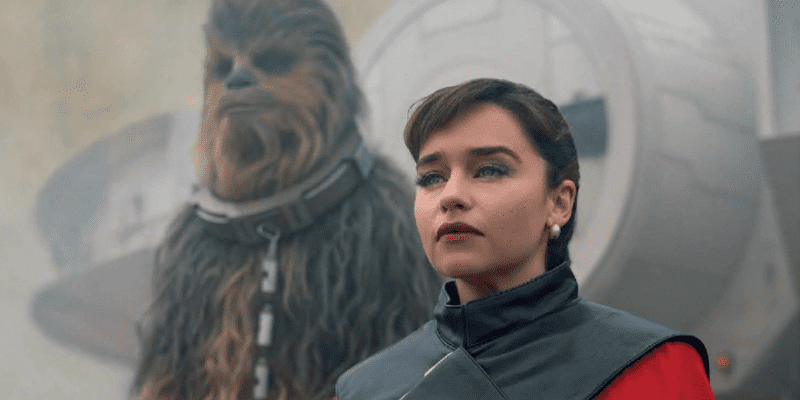 Emilia Clarke is best known for her work in Game of Thrones, but every Star Wars fan hopes to see her grace the Skywalker screen once again as Qi’ra. Now, the beloved actress has opened up about surviving two brain aneurysms.

Emilia Clarke is set to break open the Marvel Cinematic Universe with the upcoming Secret Invasion streaming series coming to Disney+, but fans hope the Solo: A Star Wars Story (2018) will make her way back into the galaxy far, far away as Han Solo’s lost love, Qi’ra.

Clarke has immense potential in Hollywood and is easily one of the most iconic actresses of her generation, but little new of her immense struggles with two brain aneurysms:

“The amount of my brain that is no longer usable – it’s remarkable that I am able to speak, sometimes articulately, and live my life completely normally with absolutely no repercussions”

“The amount of my brain that is no longer usable – it’s remarkable that I am able to speak, sometimes articulately, and live my life completely normally with absolutely no repercussions"

Emilia Clarke is a queen in real life, but, more importantly, she’s a warrior and inspiration to countless fans:

queen for a reason

queen for a reason

Upmost respect to her

Upmost respect to her

the amount of love and respect i have for emilia is insane. she is so strong <3

the amount of love and respect i have for emilia is insane. she is so strong <3

While Clarke suffered the two brain injuries in 2011 and 2013 due to work-related stress regarding Game of Thrones and more, it’s immensely impressive that the young actress is able to function normal in her daily life and continue to pursue her acting dreams.

Nonetheless, with new projects like The Seagull from Anton Chekhov and Marvel’s Secret Invasion alongside Nick Fury (Samuel L. Jackson), nothing is stopping Emilia Clarke from doing the impossible.

Do you want Emilia Clarke to return to Star Wars? Comment below!