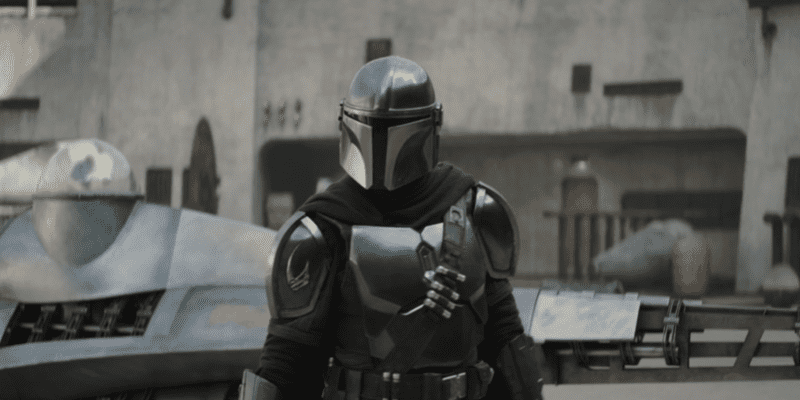 New leaked footage hints that Star Wars is reaching a pivotal moment with their series as more crossovers begin to happen in The Mandalorian Season 3.

Pedro Pascal’s The Mandalorian has been the best thing about Star Wars for the past few years. While the series will start to explain some of the plotholes in the Sequel Trilogy, the series has managed to get bigger and bigger every season.

Season 3 won’t be any different based on the leaked footage from Star Wars Celebration. A new fan posted an extended version of the trailer not that long ago giving fans an entire extra minute of footage for the highly anticipated series. If you haven’t seen it yet, make sure to watch it soon before Disney or Lucasfilm takes the posts down:

While fans don’t see Temuera Morrison’s Boba Fett in the trailer, fans do see a few seconds of Peli Motto on Tatooine meaning that Din Djarin will end up back on Tatooine. If the Bounty Hunter is traveling back here, he must be talking to the Daimyo of Mos Espa leading to another crossover.

Fans know that The Mandalorian and The Book of Boba Fett are on course to set up a major moment for Star Wars very soon. With Temuera Morrison probably appearing in The Mandalorian again, Lucasfilm is making it very clear that these stories are interlinked meaning fans shouldn’t be surprised if Ahsoka shows up in the series or is mentioned in Season 3.

This major moment might happen after Rosario Dawson’s Ahsoka series debuts which might end up revealing Grand Admiral Thrawn as the major antagonist in league with Moff Gideon. It’s exciting to know that Boba Fett can have some more cool moments in Season 3 as the new Daimyo since fans weren’t happy with how the iconic Bounty Hunter was portrayed in his own series.

Fans will have to wait and see what happens, but it’s a very exciting time to be a Star Wars fan. Andor will debut at the end of August with The Bad Batch Season 2 releasing one month after that. There will be a lot of new Star Wars content right before Mandalorian Season 3 releases in February 2023.

Do you think Grand Admiral Thrawn will have his live-action debut soon? Let us know what you think!