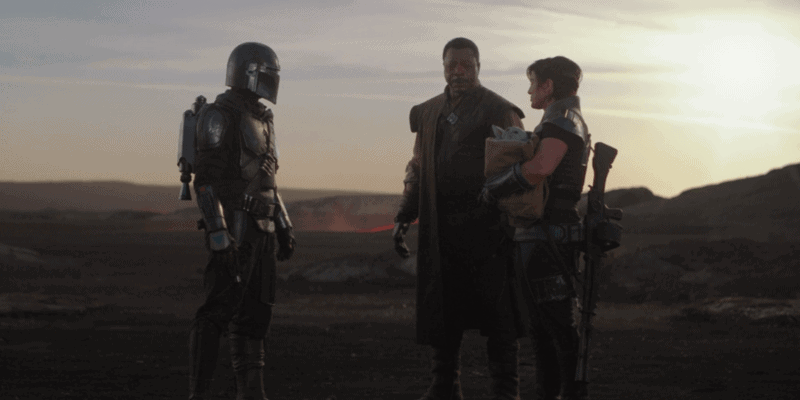 Fans believe they have spotted a connection to The Mandalorian in a recent still from Andor.

While fans are excited for Diego Luna’s Andor, more fans will be excited to know that The Mandalorian might end up having a cool connection with the series. While Pedro Pascal’s Din Djarin would be a child when the series takes place, Mandalore might end up being mentioned in the series.

With the Empire purging the Mandalorians, it’s possible that Andor could explore more of what happened with the Imperial Senate. In a recent still, for the series, fans noticed that Genevieve O’Reilly’s Mon Mothma might end up talking about Mandalore:

While the Night of a Thousand Years happens later during the Galactic Civil War, Mon Mothma might mention how Mandalore has no current leader and how Gar Saxon is controlling Mandalore with his Imperial Super Commandos.

One fan, Danielle, noticed that the image has some Mandalorian armor in the background implying that the events of Mandalore could be mentioned or the series could include a Mandalorian:

Me spying that Mandalorian armour in the corner

Me spying that Mandalorian armour in the corner 😩 https://t.co/JXzQCDXvJu

The Mandalorian Season 3 will take Din Djarin back to Mandalore, it would be cool for the events of Mandalore to be further set up in Andor. Fans shouldn’t be surprised if Giancarlo Esposito’s Moff Gideon has a cameo in the series since he would be around during the events of Andor.