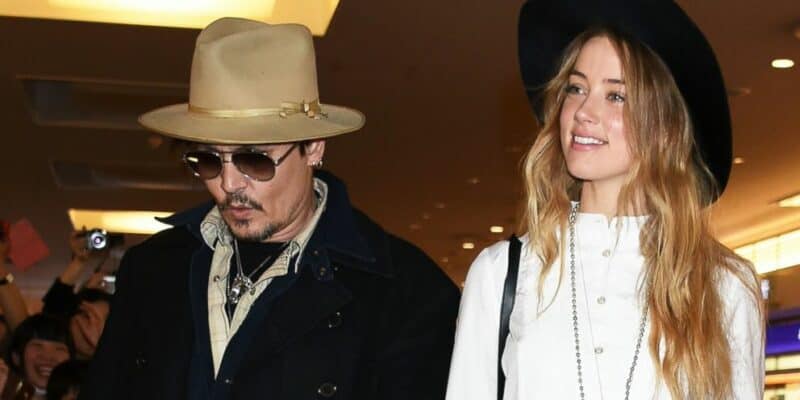 At the heart of the recent Johnny Depp vs. Amber Heard defamation lawsuit was a 2018 opinion editorial (op-ed) written by Heard.

Heard’s aforementioned op-ed alleged that Depp committed domestic violence against her on multiple occasions, and  shared her purported experience as a survivor. The allegations effectively ruined Depp’s career over the course of the past several years.

In fact, Depp lost his most iconic role in the Pirates of the Caribbean movies as a result of Heard’s claims.

However, on June 1, 2022, Depp — and his legion of loyal fans — emerged victorious as a seven-person jury ruled in his favor.

Although Heard has issued a statement and is expected to appeal the decision, nothing can dampen the spirts of Depp and his supporters right now. The Corpse Bride star also shared an official statement thanking his fans and noting that, “The truth will never perish.”

Related: The Movie Executive Who Fired Johnny Depp Is Officially Stepping Down

Earlier this week, The Washington Post altered Heard’s op-ed by including a new editor’s note. Per People Magazine:

On Thursday, the digital version of Heard’s op-ed became amended with an editor’s note that reads: “In 2019, Johnny Depp sued Amber Heard for defamation arising out of this 2018 op-ed. On June 1, 2022, following a trial in Fairfax County, Va. Circuit Court, a jury found Heard liable on three counts for the following statements, which Depp claimed were false and defamatory: (1) ‘I spoke up against sexual violence — and faced our culture’s wrath. That has to change.’ (2) ‘Then two years ago, I became a public figure representing domestic abuse, and I felt the full force of our culture’s wrath for women who speak out.’ (3) ‘I had the rare vantage point of seeing, in real time, how institutions protect men accused of abuse.’ The jury separately found that Depp, through his lawyer Adam Waldman, defamed Heard in one of three counts in her countersuit.”

Depp fans are frustrated with this move, with many calling out the newspaper — whose motto is “Democracy Dies In Darkness” — online.

@washingtonpost should be deleting it all together. It’s lies, you didn’t fact check and it’s defamation. Remove it from even being online.

@washingtonpost should be deleting it all together. It's lies, you didn't fact check and it's defamation. Remove it from even being online.

Is it enough? Or will we see more #misleading #fakenews from @wapo

Is it enough? Or will we see more #misleading #fakenews from @wapo

The Washington Post Adds Major ‘Editor’s Note’ To Amber Heard’s Op-Ed That Got Her Sued By Johnny Depp
https://t.co/CLawruXwW6

Neil NcMahon asked a legal question — which some commenters believed had to do with the necessity of proving malice due to the First Amendment:

The Washington Post adds an “editor’s note” to the Amber Heard oped now found to be defamatory. I should know the answer to this, but why didn’t Depp sue the Post as well as Heard herself?

The Washington Post adds an "editor's note" to the Amber Heard oped now found to be defamatory. I should know the answer to this, but why didn't Depp sue the Post as well as Heard herself? https://t.co/j9scmlx0yj

Suffice it to say that the conversation regarding Depp vs. Heard isn’t dying down now that the trial is over, and fans have strong opinions regarding the Post’s response.

As previously noted, Depp has been fired from his two most high-profile parts — his iconic role as Captain Jack Sparrow in Disney’s Pirates franchise and as Gellert Grindelwald in Warner Bros. Fantastic Beasts series — as a result of the ongoing situation.

Are you satisfied with The Washington Post adding an editor’s note or do you think Heard’s article should be deleted?

Comments Off on Depp Fans Livid at ‘Washington Post,’ Amber Heard’s Op-Ed “Should Be Deleted”