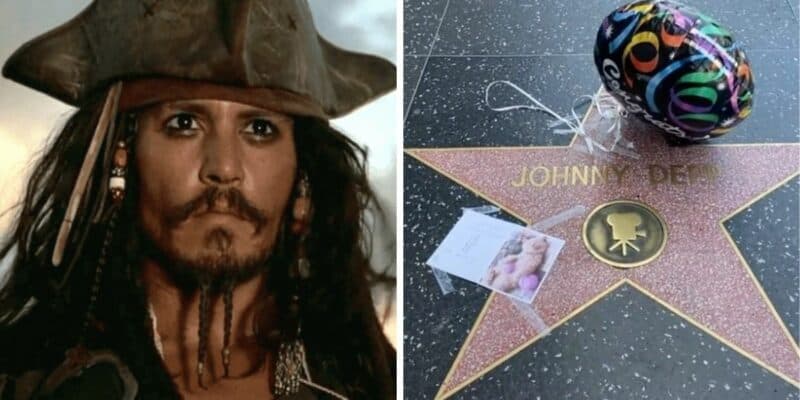 Now, days after the trial officially ended, fans are flocking to the Hollywood Walk of Fame to visit Johnny Depp’s Hollywood star, and leave congratulatory items.

TikTok user, tokyozmoon, recently walked by Depp’s Hollywood star and shared some of the congratulatory items found, including a balloon and a card. They captioned the video:

Johnny Depp was not inside the courtroom while the verdict was read, but he has since released a statement regarding the outcome, saying, “the jury gave me my life back. I am truly humbled”.

“I am, and have been, overwhelmed by the outpouring of love and the colossal support and kindness from around the world. I hope that my quest to have the truth be told will have helped others, men or women, who have found themselves in my situation, and that those supporting them never give up. I also hope that the position will now return to innocent until proven guilty, both within the courts and in the media.”

Amber Heard also released a statement since the jury’s verdict was announced, which you can read here.