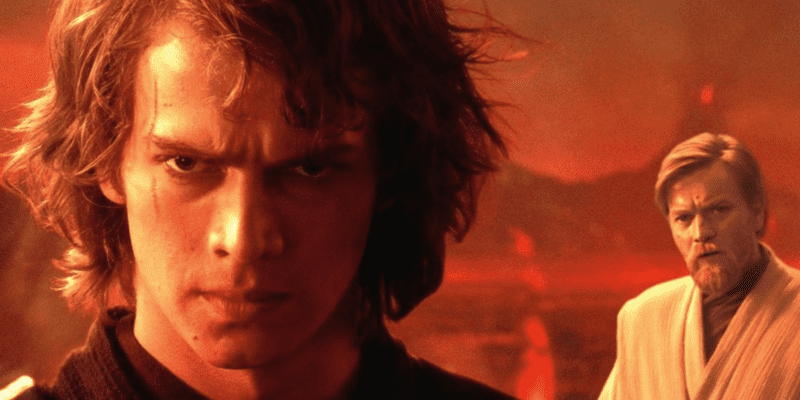 The Star Wars fanbase has surprisingly turned on Obi-Wan Kenobi and Lucasfilm, but there’s hope for redemption with one integral scene yet to come.

Obi-Wan Kenobi is hands-in-hand the lowest-rated Star Wars series alongside The Book of Boba Fett on Rotten Tomatoes with a 60% fan score, completely shattering the preconceptions of mind-blowing audience approval that Lucasfilm was hoping for.

Nonetheless, the internet has begun dissecting Kenobi down to the milliseconds and over-hating the series outright.

Fans are still waiting for the iconic “Hello There” to be uttered by Ben Kenobi, as well as flashbacks of Order 66 featuring Ewan McGregor and Hayden Christensen:

YouTube powerhouse Star Wars Theory shared a controversial Tweet stating his hopes for the Kenobi series before fans even got an official trailer.

Fans are still hoping for a live-action look into the fall of the Jedi Temple of Coruscant to connect a big fan theory:

Wasn’t Reva one of the children in the opening scene of the series where they are in the middle of the Order66 ambush?

Wasn't Reva one of the children in the opening scene of the series where they are in the middle of the Order66 ambush?

With rumors circulating that Reva (Moses Ingram) was a youngling in the Jedi Temple during Order 66 and discovered the identity of Sith Lord Darth Vader due to childhood memories, it’s evident that a look into Order 66 of Anakin Skywalker storming through Jedi knights, temple guards, and more would clear up any confusion surrounding the Third Sister.

As many fans point out, the sequence would be brutal and gruesome, but one that solidifies the connection between Reva and Anakin Skywalker.

Order 66, also known as Clone Protocol 66, was a top-secret order identifying all Jedi as traitors to the Galactic Republic and, therefore, subject to summary execution by the Grand Army of the Republic. The order was programmed into the Grand Army clone troopers through behavioral modification biochips implanted in their brains, making it almost impossible for the clones to disobey the command to turn against their Jedi Generals. The Kaminoan scientists who designed the clone troopers believed it was only to be used as a contingency protocol against renegade Jedi. In secret, Order 66 was the means by which the Sith intended to bring about the long-awaited fall of the Jedi Order.

Across the galaxy, thousands of Jedi were killed by their own troops while the Chancellor’s new apprentice, the Sith Lord Darth Vader, led the 501st Legion in a direct assault on the Jedi Temple of Coruscant. With the exception of a few surviving Jedi, such as Grand Master Yoda, Jedi Master Obi-Wan Kenobi, former Padawan Ahsoka Tano and Jedi Knight Kanan Jarrus, the Great Jedi Purge was largely accomplished through the initial activation of Order 66. Even after the initial onslaught, Order 66 still stood, and all Jedi, even people who might be Jedi, were to be killed on sight. Sidious would go on to consolidate his reign as Emperor of the Galactic Empire, ruling for decades until the prophecy of the Chosen One came to pass, marking the end of the Sith’s rule and the restoration of balance in the Force by 4 ABY.

Is an Order 66 flashback too gruesome for Obi-Wan Kenobi? Comment below!