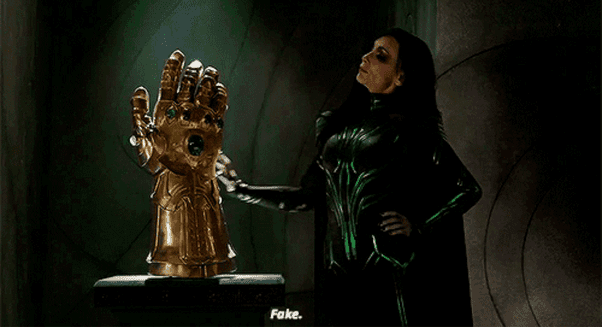 Marvel is well-known for retconning any detail that doesn’t fit in the MCU and now it seems that retcons may get worse going forward with the MCU.

Some of the more notable retcons to have happened would be the Infinity Gauntlet shown in Thor (2011) and Thor: Ragnarok (2017) where Hela reveals that Odin held a replica of the gauntlet. Originally, Marvel was unsure if they could pull off the Infinity Saga storyline, but decided to retcon the gauntlet shown with all of the Infinity Stones so that way it all made sense and wasn’t a continuity error for the MCU.

Now, the MCU has also kept a steady pace in the past by introducing new characters and allowing fans to know where their stories will go. The previous phases of the Marvel Cinematic Universe had a clear goal, but Phase 4 doesn’t have a clear direction. This leaves fans to wonder what Marvel is going to do with all these new characters.

It seems that Marvel is enjoying having the ability to decide later on what to do with these brand new characters as they leave their stories open-ended for the future. In Moon Knight’s Assembled, Brad Winderbaum, Marvel Studios’ Head of Streaming, Television, and Animation shared how the new long-form stories benefit from being open-ended:

“There are new challenges and new rewards that come with making longer-form stories. We’re keeping the endings more open now, I think. We don’t have to tie up every loose end. And when you create characters as strong as Moon Knight and Scarlet Scarab, we can confidently go into the future knowing that there’s more stories left to tell and new characters that we can bring in to tell them.”

While Moon Knight may have led Scarlet Scarab and Moon Knight’s future to be figured out, the MCU is bound to have more retcons due to this. Most of the retcons for Marvel have happened because they don’t know what will happen in the next few years. Now, Marvel may set things up for a character to go one way, and then a new director may change course forcing Marvel to retcon what was already set up.

This has already been seen with Doctor Strange as Chiwetel Ejiofor’s Mordo arc is ruined by Doctor Strange in the Multiverse of Madness (2022) cutting out several important scenes with the character. The creative decision left the character to feel incomplete and another movie will probably retcon the issue now.

If Marvel continues to have open-ended stories, fans should expect to see more retcons continue forward as the MCU continues to reshape itself to allow new super hero groups to be introduced and make sure they fit the story without presenting another continuity error. Moon Knight may have done a good job with having no retcons, but if Marvel does a Season 2 for Moon Knight the series may retcon some of what was set up.

Do you like how Marvel is telling more open-ended stories? Let us know what you think!

Comments Off on Marvel Won’t “Tie Up Every Loose End”, Begins New Era of Retconning