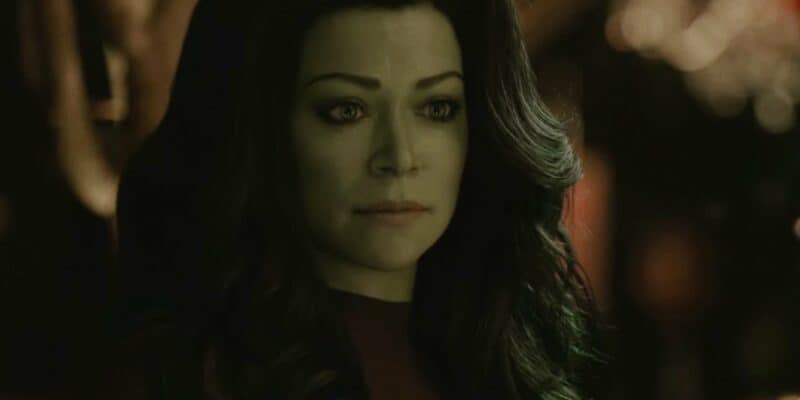 Some fans think She-Hulk: Attorney At Law will be a good series, but it won’t be easy to watch with the terrible CGI.

Marvel released a trailer for the new MCU series last week and fans were shocked at how bad the CGI was. For a studio that makes billions, fans do expect to see better visuals and it seems that the MCU Disney+ series has been steadily getting worse over the past year. While some series like Falcon and The Winter Soldier, don’t need a lot of CGI, She-Hulk definitely does as the main character is almost entirely CGI.

Now fans have begged Marvel to improve CGI before the show’s summer release and a new updated trailer for the series seems to show that Marvel is making quick work on improving the CGI already. One source points out that Disney+ released the trailer on their streaming platform with the updated visuals effects making the character look better.

Below are some before and after stills from She-Hulk taken by MCU Direct:

While this definitely looks better than the original footage on YouTube, there’s still a lot of room for improvement. With Marvel already working on several other projects, it’s hard to know how much better the CGI will look by the time the show releases in August, but fans can cross their fingers and hope She-Hulk will look decent enough to watch.

With Mark Ruffalo’s Hulk and Tim Roth’s Abomination looking fine, there’s definitely a good chance that She-Hulk will rescue itself from disaster. Sonic The Hedgehog (2020) managed to rework the CGI to make the character look less ugly and terrifying and instantly became a fan favorite. It seems like She-Hulk will face the same challenge and hopefully, the team will listen to fans and have enough time to make the series look better.