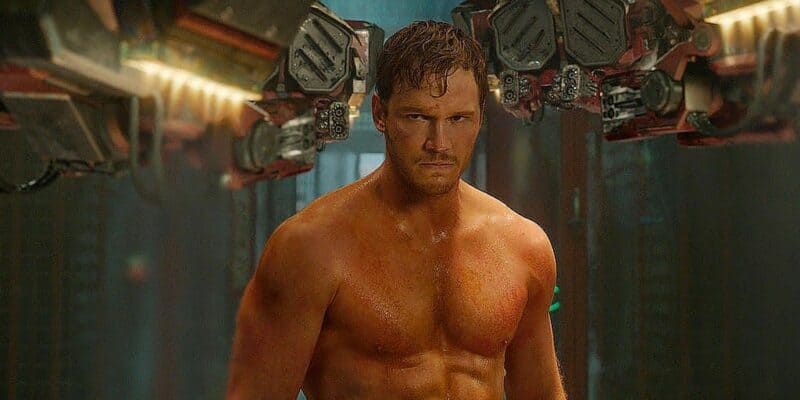 Chris Pratt’s Star-Lord almost had a CGI six-pack as James Gunn didn’t care if Pratt got in shape to play the character.

One thing fans can’t picture is the Guardians of the Galaxy crew without Chris Pratt. Surprisingly enough, Pratt almost didn’t get the role as the actor didn’t initially audition for the part. Gunn believed that Pratt was the guy to play the role and offered him to audition and the actor said no.

Casting director, Sarah Finn worked hard to convince Pratt to consider auditioning and when he was open to doing it, James Gunn almost didn’t want to show up.

After making sure the two were in the same room, Pratt’s audition blew James Gunn away as he knew Pratt was perfect for the role. Sarah Finn later shared in an interview that even though it was a “challenge” to get both of them in the same room, it was definitely the right thing to do:

“I finally got him to audition and James Gunn said he didn’t want to see him and that really was a challenge. I was really happy when I finally got them together and it was honestly one of those eureka moments that we talk about in casting when it absolutely feels right and you know it’s right. James turned to me within ten seconds and said ‘He’s the guy.'”

Related: Chris Pratt “Phones It In” on Latest ‘Guardians of the Galaxy’ Project

Gunn did make it clear that he didn’t care if Pratt lost weight for the role and joked that he would give the actor a CGI six-pack if he had to. Pratt went to the gym and shockingly lost 60 lbs in six months for his role as Star-Lord making Gunn’s joke no longer relevant.

While this is a cool and funny story, it would have been weird to see Pratt’s body be CGI as it would’ve caused some controversy for sure. It wouldn’t have been as bad as Henry Cavill‘s infamous mustache ruining some reshoots for Joss Whedon’s Justice League (2017), but it would’ve been memorable for all the wrong reasons.

Do you think Chris Pratt could’ve played a good Star-Lord with CGI muscles? Let us know what you think!