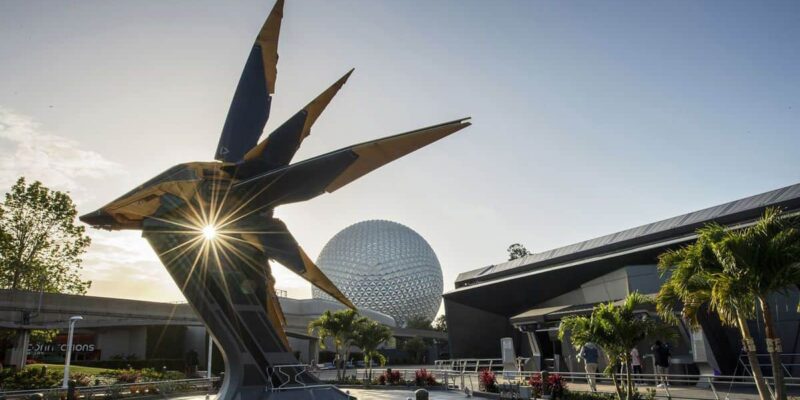 In the past several weeks and months, The Walt Disney Company and Florida Governor Ron DeSantis have been more at odds with one another than usual.

Recently, Disney employees staged walkouts over Disney CEO Bob Chapek’s initial response to Florida’s controversial “Don’t Say Gay” bill. However, the company subsequently officially opposed the legislation, which has since been signed into law by DeSantis. The Republican Governor has shared his stance on the matter, saying Disney “crossed a line” when they took a public stand against his push for the bill to be passed.

The political drama has seen some Disney Parks fans — and a particular Texas lawmaker — push for Disney to leave Florida behind. Some have even suggested that Walt Disney World Resort should be “moved” from Orlando, which would be no easy feat.

Now, however, Bloomberg has dived into why this move — logistical reasons completely aside — is unlikely to ever occur, and it has to do with Disney’s newest roller coaster and its deep ties to the Sunshine State.

Guardians of the Galaxy: Cosmic Rewind is set to be the first Marvel Cinematic Universe-themed ride at Disney World’s EPCOT Park, signaling a new direction for the theme park property that has been largely known for its World Showcase.

Bloomberg‘s assessment noted that, despite Governor DeSantis’s recent dismantling of the Reedy Creek district, Disney is deeply entrenched in the Central Florida landscape in more ways than one. For example, Cosmic Rewind is estimated to have cost $500 million, with much of that money going to local contractors.

The investment underscores how important Florida is for Disney — and will continue to be even as the company tussles publicly with Governor Ron DeSantis. In April, GOP lawmakers voted to dismantle a special municipal district Disney has operated in since the 1960s, retaliation for the company’s opposition to a bill banning instruction of gender identity in K-through-3 classrooms. Disney has four theme parks and 29,000 hotel rooms in the Orlando area, employing 70,000 people.

“Disney World is not going anywhere because it’s such a huge investment,” said Chad Emerson, author of a book about the Florida resort. “You can’t get rid of Disney World, both the state and Disney would have consequences.”

Though Disney is a crucial player in Central Florida’s economy, Disney is overcharging and underperforming lately in many fans’ minds.

From getting rid of free FastPasses in favor of paid Lightning Lanes to the controversial Genie+ platform to reducing food portion sizes throughout Walt Disney World Resort and Disneyland Resort to seemingly cutting corners in regard to theme park merchandise quality to charging $6,000 for a two-night stay on the Star Wars: Galactic Starcruiser hotel, Guests have been less than thrilled with certain changes.

The report went on to share that, regardless of how the Disney experience has been altered, Guests are flocking to Florida, where they are spending money and reigniting the post-pandemic economy:

“Disney World is packed to the gills,” said Rich Greenfield, an analyst with LightShed Partners. “They’re raising pricing and literally looking at demand they can’t handle.”

Between its incredible $500 million new ride, ever-increasing demand, and the sheer size of Walt Disney World Resort, it certainly seems that, no matter what tensions arise, Disney and Florida are in it for the long haul.

The official description of the MCU roller coaster reads:

What do you think? Will Disney ever leave Florida behind?