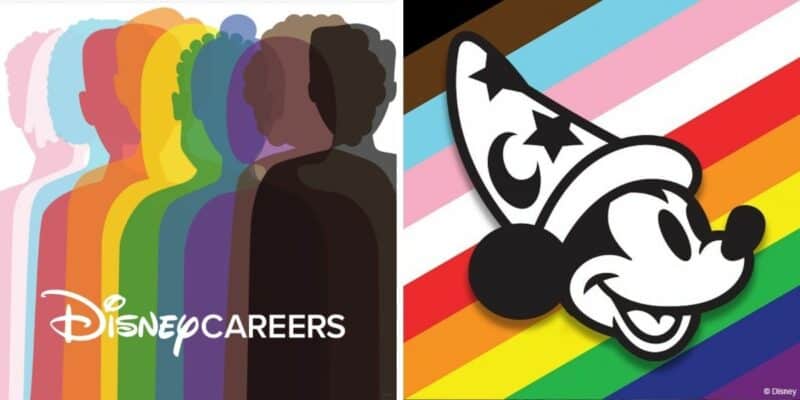 Anyone browsing social media today may see a variety of Disney Social Media accounts pushing their LGBTQIA+ support. In light of Bob Chapek (The Walt Disney Company’s current CEO) staying silent, then quietly addressing Florida’s “Don’t Say Gay” bill, the comeback has begun. Florida’s bill now lies in the hands of Republican Gov. Ron DeSantis, yet the public is not being quiet about it.

Disney’s corporate accounts began posting messages of support for the LGBTQIA+ community, which, while they may seem “too little, too late,” look to be advocated for by workers themselves.

The Disney Walkout Twitter account (handle of @DisneyWalkout) was created just this month (March 2022) to advocate for employee support and ally-ship. Organizing a walkout for today  (March 22, 2022, 8 a.m. to 6 p.m. local time) for the #DisneyDoBetter walkout among Disney employees, the account continues to push against the Floridian bill. A recent tweet from the Disney-related account details perspective regarding the Corporate Disney account posts today. The tweet reads,

We would like to address the statements you will be seeing from some Disney corporate accounts. We support these messages. They were tirelessly advocated for by our own LGBTQIA+ co-workers to show support today. It’s an act of magic and is a true marker of how far we’ve pushed.

We would like to address the statements you will be seeing from some Disney corporate accounts.

We support these messages. They were tirelessly advocated for by our own LGBTQIA+ co-workers to show support today.

It's an act of magic and is a true marker of how far we've pushed https://t.co/CyXskTb4LX

The planned Disney Walkout has been a big topic today, as Chapek had finally begun voicing public support for the Pride community, but not pointedly denouncing the new Florida legislation. While he attempts to walk this fine line, Chapek is also trying to mend internal relationships amid the company walkout with town hall meetings and interviews. That being said, conflicting news broke that all Disney Cast Members and Employees were banned from wearing Disney’s own pride merchandise or pins during the walkout.

We proudly support our LGBTQ+ Imagineers and recognize their incredible contributions in creating countless experiences that bring happiness to millions of guests from around the world each and every year. We strongly oppose any legislation that infringes on the basic human rights of the LGBTQ+ community, and stand in solidarity with our colleagues, families, friends, fans and allies as they make their voices heard.

We stand with our LGBTQIA+ colleagues, friends, families and future employees around the world. We value authenticity, inclusion, and community, and we denounce the discriminatory bills advancing in states across the country that are harmful to all of us. We oppose any legislation that infringes on basic human rights and support our LGBTQIA+ employees, cast, crew, and Imagineers who make their voices heard today and every day.

What’s amazing about the ESPN post below is within this thread, they go on to share voices from the LGTBQIA+ community, featuring athletes like Layshia Clarendon, the WNBA’s first openly non-binary and transgender player, and other activists like Tom Ammiano that just don’t quit. This threaded post from ESPN begins,

ESPN believes in inclusivity and denounces legislation and actions across the United States that infringe on any human rights. We stand with our LGBTQIA+ colleagues, friends, families, and fans.

ESPN believes in inclusivity and denounces legislation and actions across the United States that infringe on any human rights. We stand with our LGBTQIA+ colleagues, friends, families, and fans.

There have generally been skeptics in the comments of these posts, with reply messaging like “too little, too late” or “actions speak louder than words.” While the Florida legislation is just a breath away from passing, a large company like Disney has the power to push back against legislation that is unfair and unconstitutional, hopefully affecting real change. Let’s hope that Bob Chapek and Disney as a whole can be a true ally with action. Only time will tell.

Have you seen these official Disney social media posts today? Leave us a comment below!