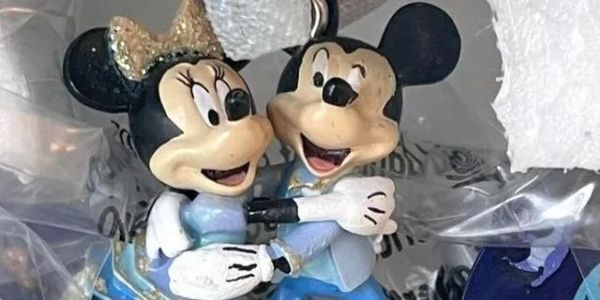 While visiting Walt Disney World, there is so much to do like riding rides, eating at delicious restaurants, and enjoying some amazing entertainment. From the Haunted Mansion to Space Mountain to Star Wars: Rise of the Resistance, there is something for everyone to enjoy. Shopping is another great way to spend your time at the Disney Resorts, with incredible stores through the Parks as well as Disney Springs, but many Guests are starting to notice a drop in the quality of merchandise at the Walt Disney Resort.

Many Guests are starting to notice a drop in the quality of Disney merch and the DIsney experience in general. From the controversial Disney Genie and Lightning Lane systems to lackluster merchandise, it seems that the Disney experience, in general, maybe on a decline. A recent Reddit thread talked about these issues, see the full post below from u/BiteRhodeIslamd:

Disney Has Lost All Quality Control

Disney Has Lost All Quality Control from WaltDisneyWorld

Related: How Disney Uses Insects to Dispose of Over 1,000 Pounds of Gingerbread

I usually defend Disney, but I am beginning to be convinced they have an issue with the merchandise division. Anectdotally, It feels like something has slipped and your experience is just one of several we are hearing about. I wonder if the pandemic and the layoffs that came with it are the major drivers of that.

I feel like something started slipping before that. There is such a sharp change in quality in the ears – right about at the release of the “Briar rose gold” ones (not the original all-sequin ones, but the ones still available now).

User u/oscarjoserodrigo asked if something like this was worthy of a discount:

Eesh… Did you show that to someone? That’s at least worthy of a discount.

When I went in December, I shopped around for some 50th anniversary memorabilia to bring home, but I left each store empty handed. Not impressed at all.

User u/ChrisC1234 talked about how disappointing the 50th ANniversay merch was:

Many in the thread talked about how these issues might be attributed to the ongoing COVID-19 pandemic. The Coronavirus has affected all Disney Parks and Resorts across the world, with Hong Kong Disneyland announcing an at least two-week closure. Disneyland Pairs was forced to cancel its New Year’s Eve party and many are wondering if the U.S. Parks are next on the list for closure.

This issue is demonstrated further when looking at the merch in Star Wars: Galaxy’s Edge. Recently, Disney Guests and Star Wars fans alike have been livid at what Disney has done to its Star Wars-themed merchandise. As of now, Disney is no longer give ing out carrying cases for its lightsabers or buildable droids as is advertised on the store page, instead opting for cheap plastic bags.

Another issue being brought up by Guests are portion sizes and an overall less appealing food across the Walt Disney World property. Many Guests are reporting smaller meal sizes as well as less satisfying snacks, attributing this to either COVID-19 or a general lack of care from Disney. Lots of Guests blame these issues on Bob Chapek, the controversial new Disney CEO who took over the company in early 2020. Many Guests see Chapek as a money-focused and budget-cutting businessman more than a creative visionary to lead the Disney Parks.

Have you noticed a drop in quality with Disney merchandise? Why do you think this is happening? Let us know in the comments below!