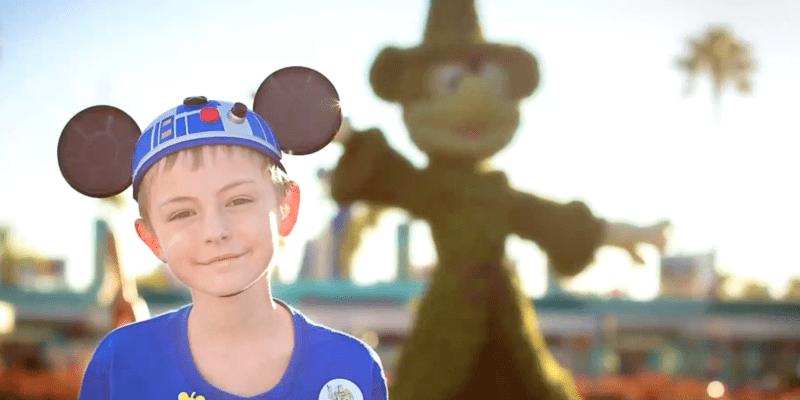 The last year has been quite a tumultuous and transformative time for The Walt Disney Company and its suite of Parks across the globe. From political battles with Florida Gov. Ron DeSantis to being slammed with lawsuits from Annual Passholders, Disney has faced its fair share of problems and issues.

To take things specifically inside the Parks, a lot of Guests feel like the “magic” is missing. Firstly, the Disney Parks have seen prices rise drastically, outpacing inflation entirely. Ticket prices have reached a staggering all-time high both at Disneyland in California and Walt Disney World in Florida.

This does not include “extras” like a hotel, any food or souvenirs and of course, the infamous Genie+ system.

Since The Disneyland Resort as well as the Magic Kingdom, EPCOT, Disney’s Animal Kingdom, and Disney’s Hollywood Studios, all reopened after the pandemic, we have seen crowds slowly begin to increase. Despite capacity not fully being back to what the pre-pandemic levels originally were, the crowds are still overwhelming.

Disney is always going to be busy no matter when you visit throughout the year. However, there are certain times of the year that are much worse than others. To combat these issues, Disney has employed several systems throughout the years to help, but the most recent version has been quite controversial.

In comes Disney Genie, Genie+ and Lightning Lane, the successor to Disney’s FastPass system. Disney Genie is a free planning service Guests can utilize while visiting Disneyland or Walt Disney World. This system is shown in the My Disney Experience app that Guests can download before their trip.

Disney Genie+, the paid aspect of the system, allows Guests to use the Lightning Lane when their return time strikes — which has replaced the previously free FastPass lane. Then both theme park resorts have separate options where Guests can pay varying costs per ride, per person to ride the attraction.

Everyone knows that Walt Disney World and Disneyland both have so many great and immersive attractions, ranging from exciting thrill rides like Splash Mountain, Big Thunder Mountain Railroad, Pirates of the Caribbean, Matterhorn Bobsleds, and Space Mountain to creepy ghost-filled houses with The Haunted Mansion.

Unfortunately, one part of any “theme park experience” is waiting in line. Disney Genie was introduced to help combat this, but many feel like the new service only makes things worse. Fan reactions to Disney Genie have been mixed, to say the least, with many preferring the original FastPass system.

Combine this with the problems caused by understaffing, and you have yourself a magical yet frustrating Park-gong experience.

In late 2020, The Disneyland Resort laid off 32,000 Cast Members due to pandemic-related budget cuts. By June 2021, only half of those employees had returned to work at the Resort. Back in 2018, the Economic Roundtable sent a survey to 17,000 Disneyland employees, and of the 5,000 who responded, over 1 in 10 reported being homeless in the past two years.

A union representing Orlando-based theme park employees recently reported that employees need $18 an hour to survive. This has forced those working to ration meals and even medicine in order to make ends meet while pushing others away from a job they might otherwise love.

While there has been no confirmation from Disney, some of these labor shortages have reportedly led to longer and harder shifts for many Disney Cast Members. It is important to remember to be kind and patient with Disney Cast Members who are working to ensure a magical experience for all Disney Guests, whether it be at a Park or Resort.

This may not look so bad on paper, but when looking at the absolutely incredible few quarters The Walt Disney Company has had this year, these issues start to feel a lot more avoidable. As we reported, the Disney Parks, Experiences, and Products division had an incredibly successful third quarter, which officially ended on July 2, 2022.

According to the report, the Disney Parks, Experiences, and Products division reported a revenue of $7.39 billion, exceeding the expected $6.65 billion.

The 2021 theme park attendance report was released and we can see some interesting movement. Attendance picked up at both places compared to 2020 numbers, but Universal Orlando saw significant shifts in its numbers.

Comcast CEO Brian Roberts stated that he felt as though Universal was “gaining market share” on the competition, of course alluding to Disney.

This report, while many may be stunned by, shouldn’t be too surprising when looking at the upgrades that Universal has made in the last few years and the work the company has done to provide legitimate competition to Disney.

It’s great that Resorts like Walt Disney World and Universal Studios are doing incredibly well financially, but it definitely rubs Guests the wrong way when these Resorts continue to get more and more expensive.

In the last couple of months, Disney announced that it would be increasing prices across several avenues. These price increases include a tiered system for Disney Genie+ and Lightning Lane, which could now cost the average family of four inside a Disney Park nearly $100.00 to ride Star Wars: Rise of the Resistance using the Lightning Lane.

A report from Kotaku discusses all of these compounding issues Guests have had to deal with in recent years, asking the question: “is the magic gone?” It’s easy to say yes when just looking at the prices. A three-day trip to Disneyland would cost roughly $2200 before tax. This doesn’t include airfare, your hotel, any food, or parking. In 2019, the same trip would have cost approximately $1200 less.

Walt Disney Company CEO Bob Chapek has commented on price increases a few times, with one of his more recent quotes really striking a nerve among fans. Chapek sat down with The Hollywood Reporter and shared his thoughts on this new era of Disney:

“We have much more demand than there is supply. What we will not bend on is giving somebody a less than stellar experience in the parks because we jammed too many people in there. If we’re going to have that foundational rule, you have to start balancing who you let in… Our ticket prices and constraints we put on how often people can come and when they come is a direct reflection of demand. When is it too much? Demand will tell us when it’s too much.”

Thousands of Guests have claimed that Disney is slowly “pricing them out” of the Parks. Guests have also noticed things like lackluster food, smaller portion sizes, quality control issues, and the aforementioned price increases in seemingly every area, Guests are starting to become frustrated with the Walt Disney World experience.

The only problem is, will demand ever slow down? The Walt Disney World Resort is the most-visited theme park in the entire world, with no signs indicating it won’t be just as popular 20 years from now.

A lot of fans are looking toward Universal’s Epic Universe for a possible “shake-up” in the Orlando theme park game, but it’s hard to envision the Magic Kingdom getting knocked from its top spot. While Epic Universe does not currently have an official opening date, the latest word is that it will likely be open in 2025 and after a long pause in development due to COVID, construction has started back, and we are finally beginning to see things take shape.

Only time will tell if this new Park actually affects Disney in terms of attendance and perception.

It’s important to note that Kotaku is not a Disney blog, but these problems have become widespread enough for the general public to take notice. Several publications have run stories on this same topic in the last few months. The Motley Fool broke down the cost of a Walt Disney World is and vacation and while admitting it’s expensive, stated that Disney is still doing just fine.

As for the question at hand, it’s really up to how you as a Guest feel personally. For millions of Guests, Walt Disney World and Disneyland serve as incredibly fun places to visit. With all of the classic rides, delicious snacks, and intense levels of nostalgia, the Disney Parks truly are magical places.

But due to the massive amount of changes and price hikes, maybe the pixie dust is starting to wear thin for some.