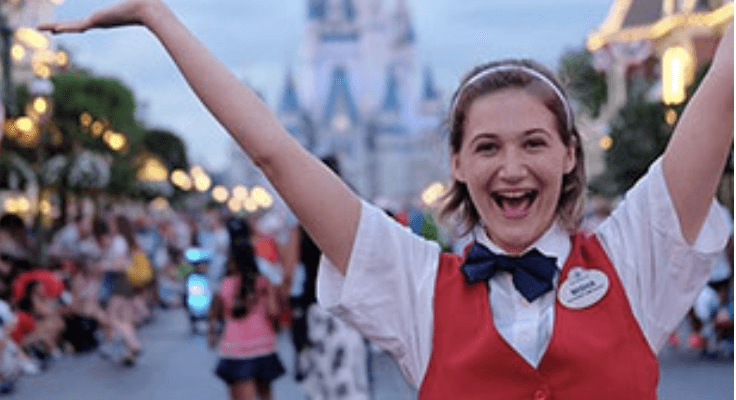 One former employee revealed a few of their not-so-magical-encounters while taking part in Disney’s College Program.

While Disney has regular Cast Members who work for the company, Disney also has its College Program which allows students in school to get credit for working at Disney, all while experiencing the Disney Resorts.

It also allows anyone who is enrolled in college courses or who is a recent graduate to work for the Disney Parks and start their career as a Cast Member with The Walt Disney Company at either Walt Disney World Resort in Florida or Disneyland Resort in California, Due to COVID-19 and the ongoing pandemic, the College Program had to make an abrupt stop in 2020 at both Disneyland and Disney World but was able to finally restart in May of 2021.

A lot of former employees have sung the praises of this program, saying it was fun as well as a good start toward their professional career, either somewhere else or at Disney. However, some have not been so lucky, going on to state how poorly they were treated and how hard the program actually is.

In a long and information-packed first-hand account of the Disney college program, one former employee revealed their experience, good and bad on Reddit. The post went viral and begins with the following statement:

Hi everyone. I recently left my role in the Disney College Program and I thought I would come on here to honestly tell y’all what that experience was like. This is going to be extremely candid, raw and honest. Some of y’all may not like that, and may not like to hear this, but it is all the 100% truth and I feel like needs to be told

One major issue the former employee shared were issues regarding shifts and hours. The former Cast Member claims that some at the program were forced to work 12-hour shifts with some put on shifts up to 17 hours.

Jumping into working: they tell you that you are to have 24/7 availability. The rule is that they need to give you at least an 8 hour window between shifts. That’s their only rule. So they can schedule as much as humanly possible, for as long as they want as long as they give you 8 hours between then and your next shift. It is extremely common for CP’s to be scheduled upwards of 9 days in a row with no breaks, and shifts up to and often times over 12 hours. One of my friends got scheduled 14 days in a row, with almost every day being a 12 hour shift out in the blazing Florida sun, and one of the days even was a 15 hour shift.

It also wasn’t uncommon to be force extended. At my location we had a huge amount of people one night get force extended, and some of them got put on shifts up to 17 hours. Which in Florida this all surprisingly is legal

The former worker also discussed how there were problems with disability accommodations. A friend of the worker had a certain disease that they attempted to get accommodations for from the college program. This was denied as shown below:

Then there was disability accomodations. My friend, who ended up being my roommate, has celiacs disease. When she went to get an accomodation for her program they connected her with a case advocate who worked to help her get a role that was safe for her. For any of y’all that don’t know, celiacs disease makes it so you have a serious autoimmune reaction to gluten, even if it’s just simply inhaling particles of it in the air, and it can put you out for weeks or send you to the hospital. Well so she told them her main accommodation she needed was a role that wasn’t food and beverage. So where did they put her? Food and beverage. Then she had to fight tooth and nail to get them to change that. Mind the fact this was before we even started working.

The former employee makes it clear that they do not hold a grudge against DIsney or have a lessened view of them, at least as a Guest. They claim that they still visit the Parks in Florida and enjoy them. They say, “I am greatful that I did the program because it taught me to advocate for myself and it also made me realize my self worth and what I do not need to put up with. It also gave me an opportunity to move to Florida, where I will be staying from now on.”

It is important to remember that this is just one account of the program and hundreds of thousands of employees come out of the other side loving Disney even more. However, Disney is not perfect and should be held to the highest standard when it comes to how it treats its employees as they are what makes the Parks so great in the first place.

Do you have any experience with the Disney College Program?