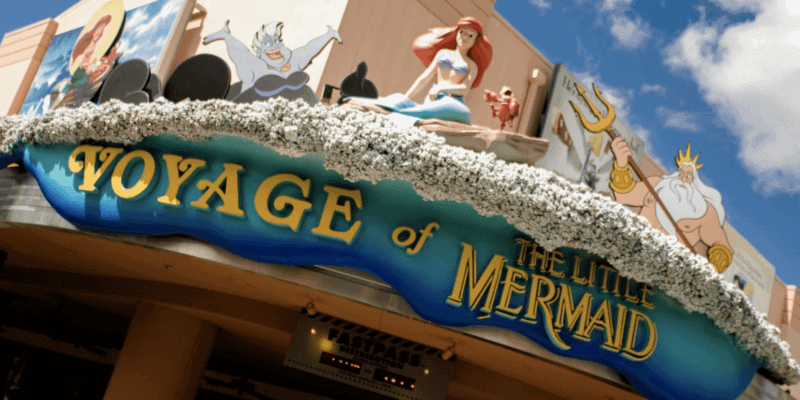 Disney fans holding out hope for the return of Voyage of the Little Mermaid may be disappointed.

When Walt Disney World Resort announced the return of many shows and offerings throughout 2021 and into 2022, many Disney fans continued to hold their breath that a favorite would be returning.

To this point, however, the show has remained closed.

Beauty and the Beast Live On Stage and the Indiana Jones Epic Stunt Spectacular have returned at Disney’s Hollywood Studios, and Disney has announced plans to reopen Fantasmic! later this year without a confirmed date. Finding Nemo: The Big Blue… and Beyond has also opened in Disney’s Animal Kingdom, and we’ve seen the return of nighttime spectaculars like Disney Enchantment at Magic Kingdom and EPCOT Harmonious, in addition to the return of the Festival of Fantasy parade and Disney Adventure Friends Cavalcade.

Through all these announcements, Disney has been quiet on the fate of Voyage of the Little Mermaid.

However, with its latest move, Walt Disney World Resort may have just confirmed what many fans have feared: A permanent closure.

Until recently, the Voyage of the Little Mermaid had remained on the Disney Park website and was just listed as “temporarily unavailable.” Now, Disney has removed the experience from the website altogether.

While this doesn’t necessarily mean the show will not return, this does indicate that Disney is at least likely planning some major changes to the experience.

The popular show– featuring a blend of stunning animatronics, talented actors and actresses, as well as dancers– has been closed since the start of the pandemic and this removal from the website will only intensify rumors that the show is closed permanently.

Many Disney fans have wondered if something new could be coming to the theater, located in Disney’s Hollywood Studios, or if the show will be revamped, perhaps even with a new title similar to the Finding Nemo show that just opened in Disney’s Animal Kingdom, before reopening.

At this point, the theater remains standing and the signage is still present, so there is still hope.

Disney has not confirmed one way or another what will happen with the show or if something completely new will be taking over the space.

What do you think will happen to the Voyage of the Little Mermaid? Let us know in the comments!